Sunglass companies are hard to write about; they almost always have new products, but because they have one foot in the fashion industry and one foot in the gear industry, oftentimes their new products are little more than revisions to existing designs. Thus, I was really excited to hear that Smith Optics has a genuinely new technology to talk about: shades made out of castor beans. 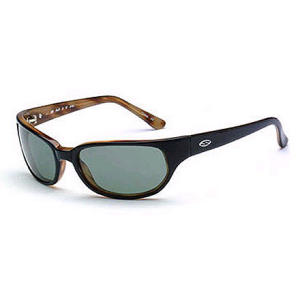 Castor beans are best known for producing castor oil (which your grandma might have administered for certain digestive irregularities). However, the plant–like the soybean–has many uses, including being turned into an organic plastic called “Rilsan Clear.” Smith’s new “Evolve” series of shades is designed around the principle of being as green as possible. The plastic in the frames (but not the lenses) is based on castor plants, which are non-genetically modified and grown in as environmentally-friendly a fashion as possible. Because the lacquer commonly used to make sunglass frames shiny has some negative environmental consequences, these frames are all offered in matte. Smith has been extra-thorough about this; even the metal bits are polished with a water-based (rather than polyurethane based) finish. Thus, only the lenses themselves are derived from the petrochemical industry, allowing Smith to claim the shades are made of 53% green materials.
The resulting Evolve shades are slightly more expensive (about 20%) than the rest of Smith’s lineup, but it’s always the groundbreakers like this who eventually turn whole industries. The Evolve frames are offered as an option throughout the line, meaning almost all of Smith’s styles are available in the new green treatment.
Let us know your thoughts on fly fishing’s environmental push in the Comments section.