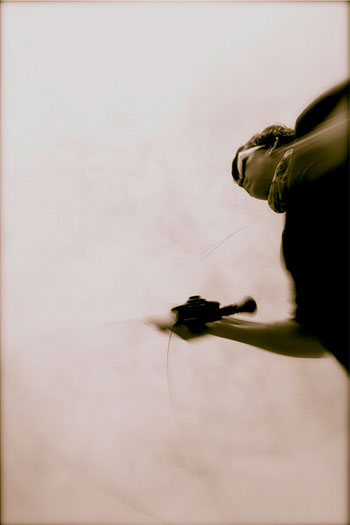 THE LINE AN ANGLER uses can dramatically influence the distance, accuracy, and fish catching ability of any rod. Think about it—a ratty old fly line on an expensive fly rod will yield a lesser cast than a good line on a cheap rod (in the right hands) any day.

When you factor in things like the types of flies you fish, the depth at which you must present those flies, and how well you are able to shoot, mend, and otherwise handle lines, fly line selection might be the most under-appreciated factor in fishing.

2012 is a very good year for fly lines, at least for those who appreciate different applications for different lines.

RIO is introducing a number of great options. First, drawing from the expertise of its own resident casting guru, Simon Gawesworth, RIO has simplified the whole (sometimes utterly confusing) aspect of Spey casting by introducing the UniSpey, touted as the ultimate all-around line for most Spey situations. RIO also has a “Hover” line that sinks extra slow—it’s for lakes and other situations where you don’t want a dramatic drop, but you do wan to get under the surface.

Orvis has applied its “Hydros” handle to a new series of lines that cover the full gamut of weights and applications, from freshwater to saltwater. Orvis says this is the first time since 2006 that they have found a technology worthy of a new product launch. Common to all of the new lines except the textured lines (those with 3D Micro-Texturing) is a new coating named Wonderline Nexgen, which they claim increases slickness by 20% over their previous Wonderlines.

Royal Wulff is launching two lines: The “Ambush” clear head, which sinks at 1.25- 1.75 feet per second, and the “Bermuda Shorts,” which has a compact head section, and is good for banging repeat casts at short ranges, a la casting at snook in mangroves.

Eye catchers? RIO’s UltraSpey is going to make serious headway, if for no other reason than those dabbling with Spey casting want someone else to do the thinking for them; Orvis is going to sell a ton of Hydros lines because they’re solid, reliable, and they match various situations. (They also feel incredibly slick in prototype.)

Echo is going to steal a lot of thunder at the lower cost level, because most everyday anglers don’t want to spend $70 for a WF5F fly line, and Royal Wulff is right in the wheelhouse with a short head, fast-loading line for the salt. If you haven’t fished a Tri-Taper design at all, trout or otherwise, it’s worth looking into Royal Wulff.