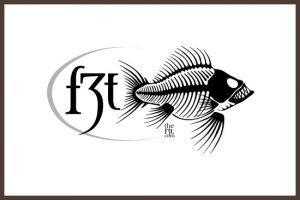 With this acquisition, the two Boulder-based companies fortified a long-standing collaborative relationship. F3T principles Ryan Thompson, Chris Keig, and Doug Powell are all former Warren Miller Entertainment employees who have worked diligently to create this niche category of action sports film and consumer event programming over the last decade and will remain at the helm of F3T heading into this spring’s tour.

“The addition of the Fly Fishing Film Tour to our consumer event portfolio is a natural fit,” said Andy Hawk, Managing Director for AIM’s Mountain Group and Warren Miller Entertainment. “Ryan, Chris, and Doug have built an incredible business using a familiar model, and we are excited to add our resources to the mix to continue to grow the audience for these great films and events.”

Along with Warren Miller Entertainment, AIM will engage the horsepower of the Anglers Journal family of brands, including Anglers Journal TV. The show, based on the successful launch of Anglers Journal magazine, airs Sunday mornings on the Discovery Channel.

“The chance to bring the Warren Miller and Anglers Journal audiences into the F3T family means more folks being inspired to get out on the water, more traffic in fly shops, and more awareness building and fundraising opportunities for fishing-related conservation and charities,” said F3T’s Ryan Thompson. “It is an exciting opportunity for our whole sport.”

In addition to showcasing world-class fly fishing films, the F3T is dedicated to supporting the independent filmmakers, fly shops, and conservation groups that form the backbone of the fly fishing industry’s educational and environmental efforts. In 2018, F3T premieres raised over $500,000 for conservation and fishing-related charities including Trout Unlimited, Casting for Recovery, Project Healing Waters, Bonefish Tarpon Trust, and many more.