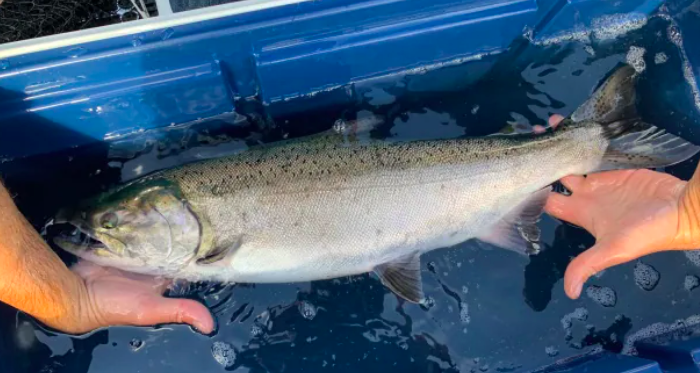 Researchers found a surprise when running genetic tests on salmon collected near Vancouver Island, British Columbia. The salmon appeared, at first, to be chinook salmon. Testing showed they were a hybrid between coho and chinook, a surprise since the two salmon don’t share spawning habitat.

The going theory at the moment is that low water levels have forced salmon to spawn together, instead of heading for their ancestral spawning grounds.

Opinion: How We Fish Matters