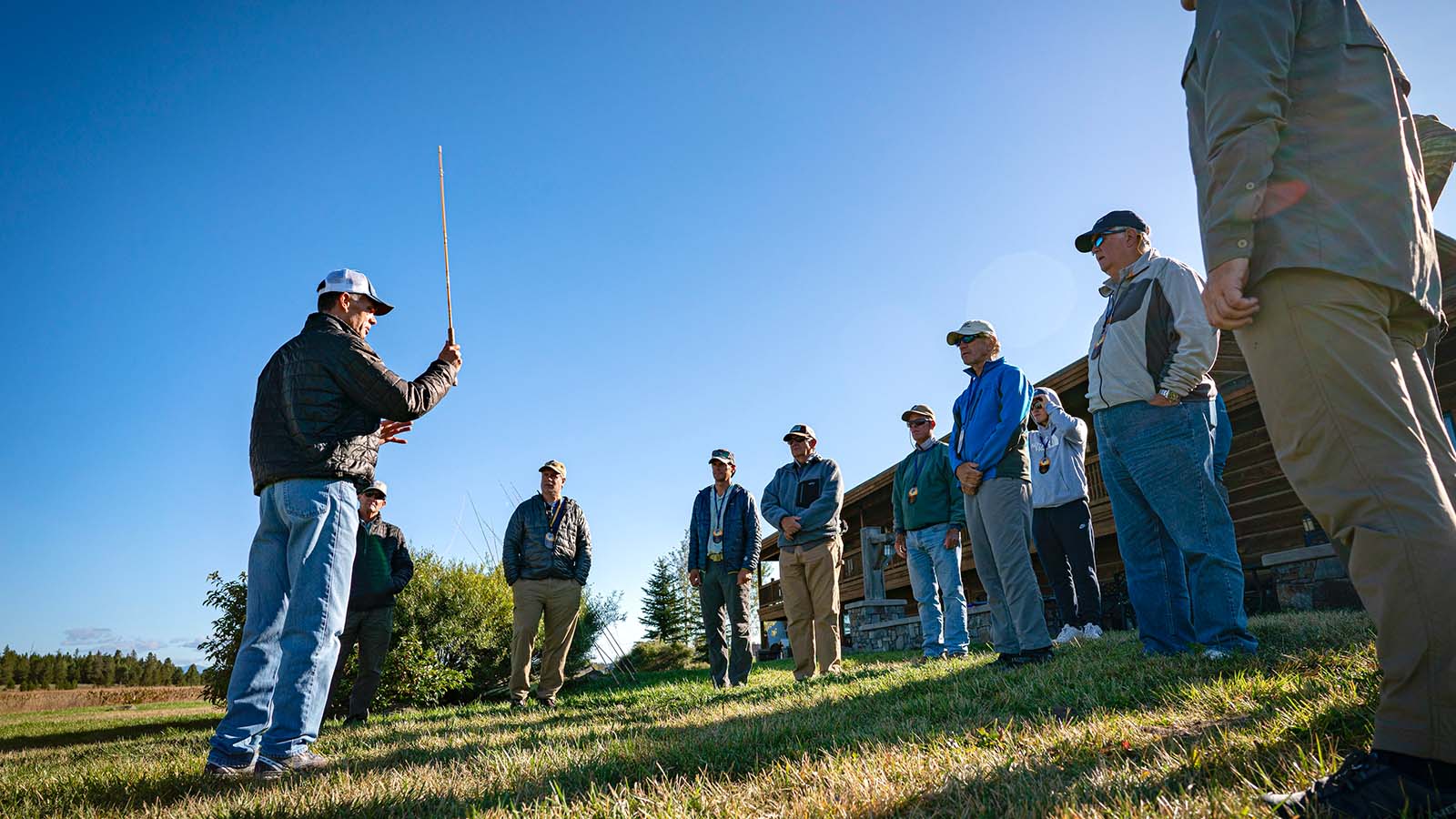 What would you say if you turned on the 2022 Winter Olympics and the majority of the men and women competing in the slalom were using skis designed in the ‘70s and ‘80s? How would you react if most of the world’s top skiers eschewed modern skis, boots and bindings, and relied on equipment that most of us would consider either dated or irrelevant?

Okay, hold that thought for just a minute.

A decade ago I wrote a story on the world’s best overall trout rods. As part of my research for that piece, I recorded a whole bunch of detailed casting measurements. I wanted to find out how short a line I could throw accurately with each particular rod, and how long a line, as well as each rod’s sweet spot for my personal casting stroke.

At the time, I was struck by how similar those high-end rods were when I compared them to each other, and how the measurements didn’t vary all that much. There were differences from rod to rod, of course, but those differences were relatively small. I remember thinking that our trout rods — I was comparing top-of-the-line 9’ 5 weights — had reached a new pinnacle of design and performance. In fact, I held that view right up until the very end of the rod trials … at which point I did something that wasn’t part of my original plan.

Just to satisfy my curiosity, I grabbed an old 9’ 5 weight Winston IM6 — my longtime 5 weight of choice for my personal fishing — and ran it through its paces out on the lawn. Amazingly, I found that my old fly rod not only cast a short line more effectively than any of the newer models but it also threw a longer line. And it had a wider sweet spot — the range of distances where I could feel the rod load and unload, and where the rod eventually seemed to disappear in my hand.

How could that be, I wondered? How could a rod designed decades ago outperform the very best modern rods?

I thought about it, and thought about it some more, and chalked it up to familiarity. I decided that I’d fished that rod so much, and so often, that my muscles and my style had meshed perfectly with that one model. That was the only explanation that made any sense, and I was convinced that my experience with that Winston must be an anomaly.

Then, just a few days ago, I had a conversation with Pat McCabe. Pat is a beautiful caster — he learned to cast decades ago from fly fishing luminaries Mel Krierger and Andy Puyans — and he’d just entered his very first casting competition near his home in the Bay Area. Pat walked me through the entire experience, and I found his descriptions of the event fascinating. Then, when he eventually finished up, I asked him the one question that immediately popped into my head.

“What rods,” I wanted to know, “were all those excellent competition casters using? Were they casting the latest Sage models, or new Scotts, or new Winstons? Were they relying on Orvis rods, or Loomis rods, or Thomas & Thomas rods, or Hardy rods, or any other major brand? Or were they all using custom models?”

Pat’s answer literally blew me away. He told me that most of the competition casters at the tournament seemed to prefer old Fenwick rods. Based on what he saw, the most popular rod at the event was an ancient Fenwick HMG.

It immediately struck me that nobody at a fly casting competition is going to choose a rod because of marketing hype, or looks, or reputation. Not in a million years. They’re going to be laser focused on whichever rod will give them the best chance to win the competition.

Then I thought back ten years to that old Winston IM6 outperforming those newer, pricier rods and I asked myself what was really going on.

Long story short, I called John Juracek and filled him in on Pat’s experience. For those of you who don’t know John, he is one of the finest casters on the planet. He may also be the single finest fly casting instructor alive today. Then I asked him for his thoughts. Here, in his own words, is how John responded:

“Pretty interesting, isn’t it, Todd? You’re not alone in being surprised about the rod preferences of serious tournament casters. Most people are.

I think a big reason for the ‘surprise’ factor stems from the implicit cultural assumption that anything ‘new’ is always superior to something ‘old.’ Now truth be told, that assumption rests on pretty sound footing — a list of current products that function better than their 45-year-old counterparts would be beyond extensive, to say the least. But fly rods are a different animal. Most of the qualities that make a fly rod ‘great’ flow not from the materials used in its construction or any particular method of construction, but from the design of the rod itself—that is, the rod’s action; the shape of its bend.

Here lies the crux of the matter: There hasn’t been a whole lot new in rod design for a long, long time. And really, how could there be? There are only so many practical shapes in which to make a fly rod bend, and so many degrees of flex, and the builders of old explored all of them. Indeed, rod action exists independent of material — any action rod, from slow to fast, can be made out of any rod material — and over the last, say, hundred years, has been. So every generation of anglers since at least the start of the 20th century has always had the full gamut of rod actions to choose from. Modern day rod designers continue to experiment with and put to use new materials and methods, but when it come to rod design itself, they move over well-trodden ground.

So to your question of why many tournament casters — champions Chris Korich and Maxine McCormick, among them — end up competing with 1970s era Fenwick fly rods, it’s simple. Because design trumps material and construction. In other words, rod action matters, and it matters deeply. Their chosen Fenwicks meet a set of criteria that today’s rods largely don’t.

For anglers unfamiliar with these Fenwick rods, they’re 8.5 foot, full-flexing rods, bending deep into the butt. This slow action allows the rod to load smoothly and easily at all distances, but especially in close. This communication with the caster is important for accuracy. The 8.5 foot length is preferred over 9 foot models for better accuracy (errors in stroke plane aren’t magnified as much as they would be with a longer rod). Slower rods can also be cast with a slow stroke, which for many casters allows for greater accuracy. Those are a few of the reasons for why these rods are popular among tournament casters. Hope this explanation helps!”

In retrospect, John’s response made a ton of sense. Tournament casters are always going to pick rods that excel at accuracy and distance. It just never occurred to me that slower action rods from a bygone era would outperform the newer, stiffer, hi-tech models that are ubiquitous today.

In light of this reality, it seems as if there are two questions every single fly fisher should ask themselves right now. If today’s fly rod manufacturers are truly focused on producing high performance rods, why aren’t the world’s finest casters using them when they compete? And if slower action rods — rods like the old Fenwick HMG — are outperforming modern rods, why aren’t we seeing more manufacturers building rods that replicate those slower actions?

I don’t claim to know the answer to either question, but I’m hoping that some of the major rod manufacturers will read this piece and take the time to share their thoughts on the subject. I’d love to hear what they have to say.

In the meantime, I really do feel like I just flipped on the upcoming Winter Olympics only to learn that the world’s finest skiers are coming out of the gate using vintage 1970s equipment. So what’s next? Are cassette tapes and disco balls about to make a comeback?