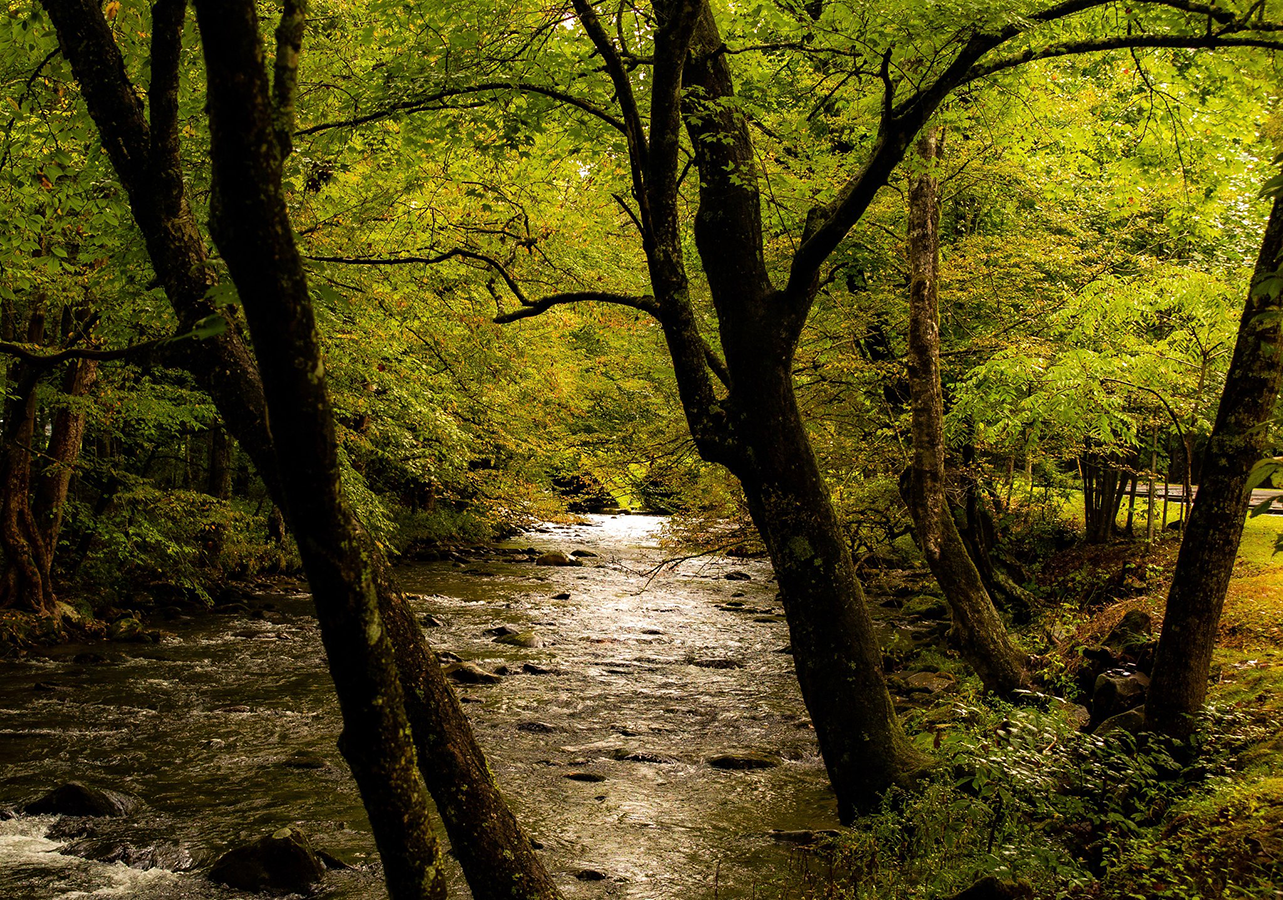 I first saw the fish the previous summer. It was on a Monday night, Memorial Day. Caddis had begun hatching a little before seven. Small fish splashed throughout the pool as they followed the tan-colored insects toward the surface.

Caddis are one of nature’s more curious creatures. Larvae of these insects build homes of tiny branches, stones, and other detritus that they tether to the stream bottom while foraging on algae. When it’s time to move, these intrepid little fellows simply crawl about carrying their houses on their backs. About the same time each year, different members of this order of aquatic bugs leave their huts of stone and sticks. The pupae rise en masse toward the surface as they struggle to break free from their thin pupal skins. From the surface, they flutter through the air, landing in bushes and trees along the side of the stream. In the palm of a hand, the wings of these aquatic bugs lay like a pup tent over their bodies. In the air, the wings appear to whirl like the blades of a miniature helicopter.

The fish can’t help but take notice of this frenzy of activity. They feed on the rising pupae as well as those struggling to escape their delicate sheaths, the cause of the splashes that caught my attention during that holiday weekend. That Sunday, I’d released two smallish rainbow trout and a brown trout. The brown measured nearly twelve inches. Since the wild trout that haunt Bonnie Brook are relatively small, the fish brought a smile to my face and was the reason why I returned the following night.

I had taken the trout in the biggest pool of the entire stream. Above the pool, the current sweeps through a steep ravine, descending down a magnificent fall of water. A slab of shale extends across the bottom of the falls from one end of the pool to the other for a distance of perhaps fifty feet. Below the smooth stone, three or four little plunge pools converge to reestablish the main current that flows into the middle of a pool as wide as my living room and, at its deepest, over my head.

I like to stand at the back of this big pool and to the left of the current, casting my fly along either edge of the faster water where trout like to lay in ambush of their prey. Sometimes I’ll take a position to the right of the current to allow my fly to land in the slack water where a trout may also be lurking.

The hatch on that second evening did not begin until well after seven, but there was still plenty of light to see the rings that broke across the surface whenever a trout rose to feed on an emerging caddis. I cast my imitations until it was too dark to see, taking three fish from the seams and two more off to the side. All were brown trout between nine and ten inches with the exception of a tiddler not much longer than my middle finger.

As evening approached, a splash drew my attention to the head of the pool. It was a loud splash. Although unlikely, a beaver could have swum past slapping its tail, angry at my presence. Having already broken down my rod, I slipped the reel into my pack and sat back on a log. It was hard to say in the growing darkness, but a few moments later, forty feet or so from where I sat, a maw broke the surface below the stone slab at the head of the run. It was too dark to reassemble my gear. Stumbling back up the trail through the ravine I envisioned a fish wild enough to draw Nick Adams back after the war, a fish so strong as to bring blue-eyed Santiago out to sea, one so large as to turn Ahab away from the white whale.

The next day I was due back at the office. My work kept me away from the stream for a few days, but that Thursday I found time to hike back down to the pool. On the way, I paused to listen to the flute-like notes of a wood thrush and higher up in the forest canopy, the repeated calls of a peewee.

A few casts along the edge of the current failed to produce a strike. Unable to stir a trout from the slack water, I sat on the log at the back of the pool and waited for the hatch to begin. The air remained still. Except for the call of the peewee the forest was silent. Above me, a single cloud appeared to perform a pirouette in an otherwise blue sky that was becoming darker by the moment.

Having formed the habit of leaving my watch on the bedroom bureau whenever heading out to water, I could only estimate the time. The clock on the truck’s dashboard had read seven-ten. I figured it took twenty minutes to hike down through the ravine and another fifteen or so to rig my rod and make a few casts.

The peewee had called it a night. I slapped at a mosquito. Running out of time, I rose from the log and paced around the back of the pool. My shirt was damp with perspiration and I stooped to dip my neckerchief in the water. Removing my cap, I squeezed the damp cloth over my head before tying it back around my neck.

A bat swooped over the pool. A small trout rose in the slack water. Another fish, bigger than the first, did the same along the edge of the current. In the failing light, trout started to pepper the surface. I could hear their slurps, gulps, and slashes. Although later than expected, the party had begun.

Interested in only one fish, I continued to wait. Although an imitation of a small caddis had taken trout on the previous two evenings, tonight I tied a bushy fly to my line, one large enough to see in the gloaming and big enough to entice the fish of my dreams to rise from the head of the pool that was now bathed in shadow. Barely able to make out the white water splashing down into the little plunge pools, I cast my fly that fell a foot below the target.

A fish grabbed the bushy pattern as it floated down with the current, zigzagging around the back of the pool. After releasing the ten-inch brown trout, I cleaned off the fly and cast again. Although unable to see the imitation in the growing darkness, I heard it plop down between two of the plunge pools. A moment later I felt the pull of a good fish. The trout jumped once, then twice, powering into the deepest part of the run before giving ground. A minute or so later, I slipped the hook from its lip, estimating the rainbow’s length to be fourteen inches.

Convinced that this was not Himself, I blew on the fly and cast it once more “unto the breach.” This time the bushy imitation floated back without incident.

As quickly as the fish began to feed they suddenly stopped, but when I cast again, a maw rose from the shadows. Pulling back, I felt metal pierce bone. The fish, the biggest I’d ever encountered on Bonnie Brook, rolled across the surface. At about the same time the line sprang back in my face.

Lying in bed that night, I wondered if that fish swam up from the big river or simply remained unnoticed, growing larger and larger, season after season. It would be another year before I’d have the occasion to once again do battle with the Shadow King, but that’s a story for another time.