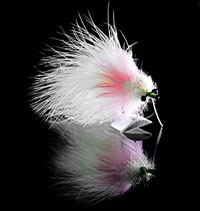 THE TARPON TOAD fly was invented by Gary Merriman, owner of the The Fish Hawk fly shop in Atlanta, Georgia. The toad is a light-weight, slow-sinking fly designed for sight-casting, and when it was introduced in the early 1990s in the Florida Keys, it immediately improved the hook-up rates for anglers pursuing skittish fish.

The original Toad employed a rabbit strip for the tail. Later, the fly was changed by Captain Tim Hoover when he tied Toads with marabou for Andy Mill. Now, the marabou version is probably more popular than the original.

I recently spent some time with Gary and learned about the history of the fly and the proper tying techniques for success. Below is the recipe that gathered from my visit with Gary. It includes step-by-step instructions for tying the pattern, as well as suggestions for several variations. 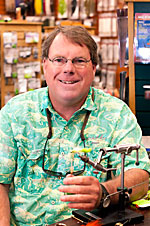