Streamer Fly: feathers and fur bound by thread to a long fish hook portraying the appearance of a minnow, the preferred prey of large trout.

“And so big trout,” the old angler continued, “have inherited the ability to use a minimum of energy to acquire a maximum of food. They specialize to concentrate on one type of food to the exclusion of all others. We have to conclude that streamers and buck tails usually are by far the best flies for taking big fish. They represent the main course… the meat and potatoes in the diets of the lunkers.” – Joseph Bates Streamers and Bucktails The Big Fish Flies 1950

Streamers have been cast into the waters for a very long time. In fact wet flies tied on large hooks have been fished as minnow replicas for probably hundreds of years. But the proper streamer tied on a long hook had its beginnings in New England, particularly in the Catskills and in the North Woods of Maine. 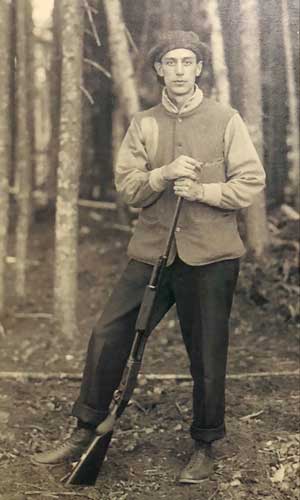 On the banks of Mooselookmaguntic Lake in Rangeley Maine, Herb Welch the famous hunting and fishing guide designed the Black Ghost feather wing streamer in 1927. It became a fly used all over the world with great success.

Theodore Gordon, hallowed Catskill angler and the father of the dry fly, wrote about his experiences casting long streamers and created several patterns, one of which became one of the first major streamer patterns, the Bumble Puppy, in 1880.

Fast forward to contemporary times and we find the streamer in its many forms being fished with confidence in streams, rivers ponds and lakes as well as in the salt. The Wooly Bugger, created in Pennsylvania in the 1960s, is undoubtedly one of the most fished flies of all time. This fly can catch fish anywhere from the small mountain native brook trout to salmon to the giant tarpon of the Southern Hemisphere. In the 1970s, when I first learned to cast a fly and went on a search for the best of the best flies to cast for trout in Pennsylvania, I walked into a tackle shop and asked the man at the counter Which are the best flies for taking large trout? I walked out of the store prepared to hit the water with my new arsenal. Those flies were the Mickey Finn, Black Nose Dace, Black Ghost and Grey Ghost. 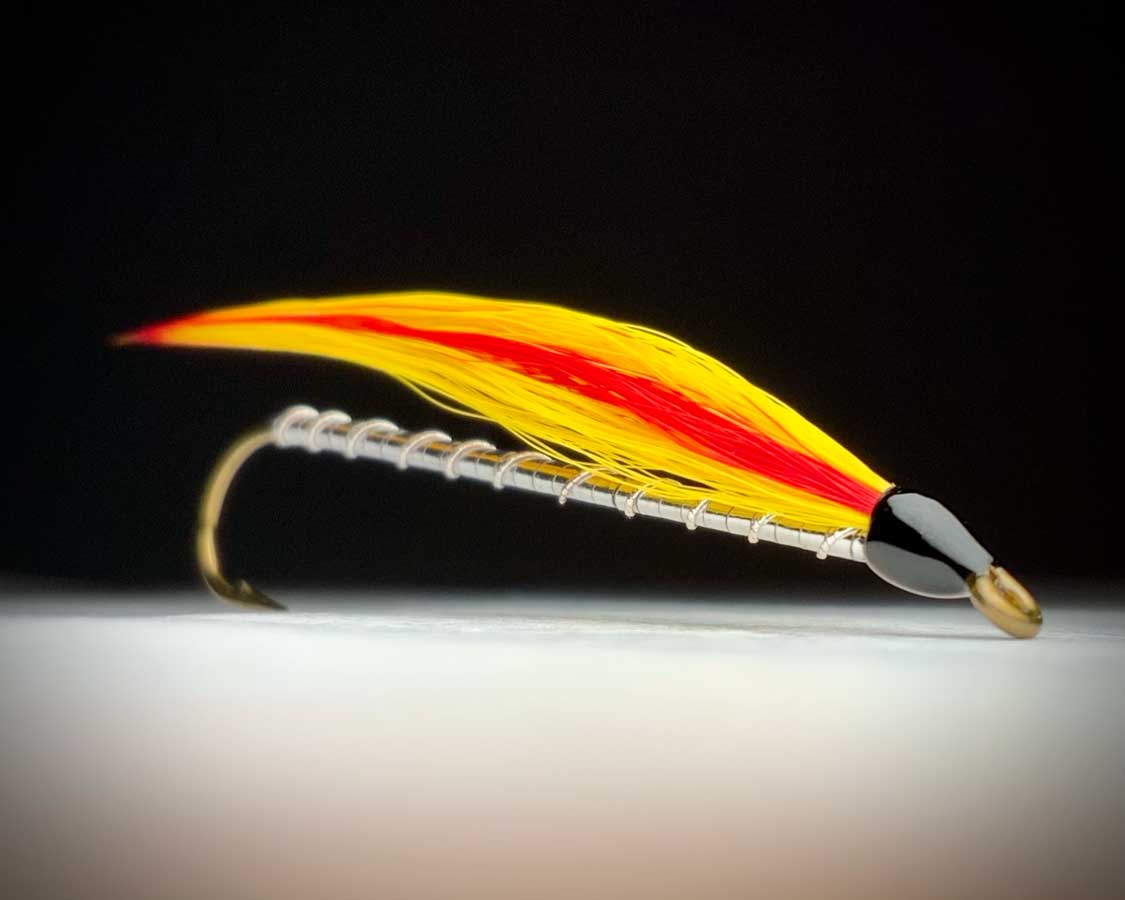 Originally called the Assassin, until named after a poisoned cocktail used by thieves and pickpockets in the 1930s. Becoming widely popular in America, it’s a pure attractor fly with flash and colors that cause trout to strike, even out of aggression. 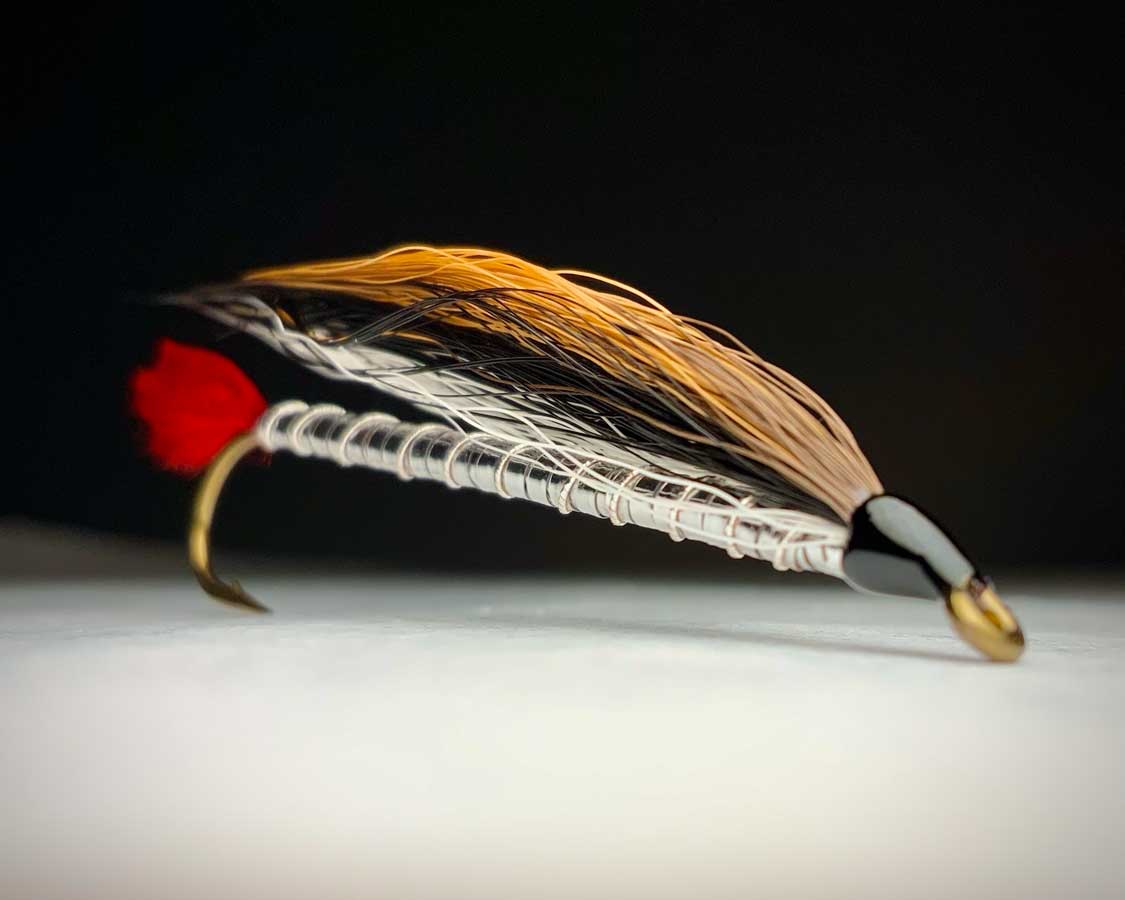 Originated by Art Flick and written about in 1947: “Because the Black Nose Dace is so liked by trout, I tried to imitate it as closely as possible with a bucktail. The result is one that has proven itself successful, as well as one that will take allot of abuse.”

A darter, this streamer looks natural and matches many minnows with a black stripe. It seduces trout to strike by its motion when stripped and twitched in the current. 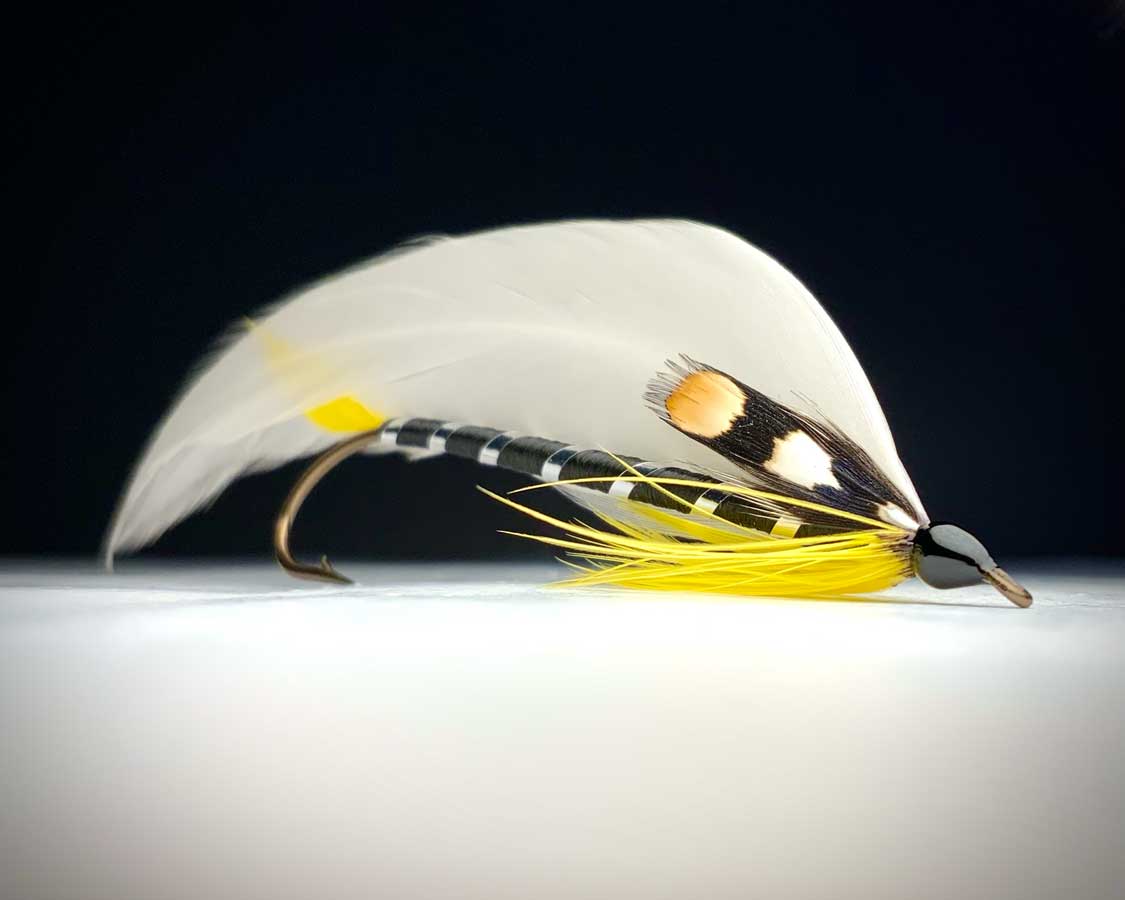 Originated by Herbert Welch in 1927 and tied commercially by Carrie Stevens. Herb was quite an accomplished fellow, having been a popular hunting and fishing guide in Maine, taxidermist and artist. Herb’s artwork is still on exhibit in the Smithsonian Institute to this day. The Black Ghost is of the most popular and widely known fly patterns ever tied. It has taken salmon, brook trout, and rainbow trout and is especially favored by large brown trout. I have success with this fly in rivers and streams with good flow, especially in low light conditions and deep pockets. It’s an excellent choice as night falls.

Originated by Carrie Stevens, it was her most popular pattern and also one of the most well known flies of all time. This fly can be fished across the current or swung from the center of a river to let hang in the shallows along the bank. It’s an excellent all around game fish fly. If you are looking for large trout, try tying a big Grey Ghost onto your line and let it run deep.

I like to tie these with wide hackle feathers. In the current a feather wing will flatten out and larger wings keep a natural profile on the swing. A red or orange stripe on the head adds a hotspot to mimic a bleeding, sick, or injured minnow.

And these are the four horsemen of traditional streamers. If you’ve ever thought of giving vintage fly patterns a try, look no further than these age-old flies that have stood the test of time and proven over and over to bring fish to the net.