Smaller and Quieter May Be Better, Part IV: Smallmouth Bass 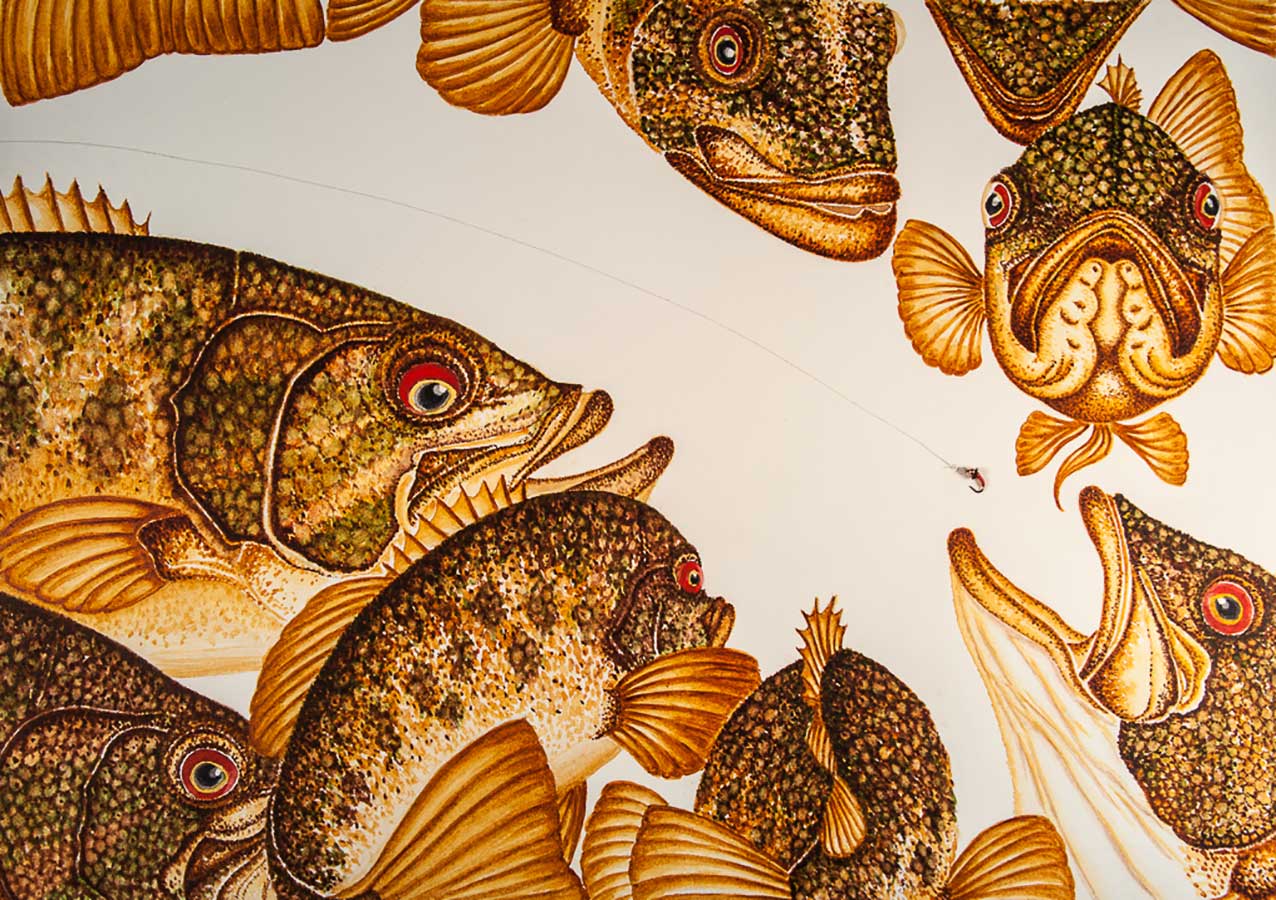 In the low, clear flows of summer rivers, smallmouth bass can turn difficult. This is especially true if the water is clear and smooth, as in a pool. Under these conditions I try a series of tactics. Sometimes one or more of them work, sometimes none of them work. One that can work is going small.

A fly tied on a size 12, 1X long hook is small for smallmouth bass—especially alongside a size 6 Clouser Minnow, a more typical river-smallmouth fly. But I’ve gone down to size 12, to 16, even to size 20 flies on occasion. The bass insisted.

I’ve drifted and twitched a size 18 nymph eight feet down to move smallmouths that refused all else. It was around the time I first got serious—if, in fact, fishing is ever supposed to be serious—about understanding river smallmouth bass, about three decades ago. There they were: at least a dozen smallies of around 10 to perhaps 15 inches, holding deep in a clear run of Oregon’s lower Umpqua River. I figured, So long as I stay out of sight, this should go well. It didn’t.

I stayed low, but could see the fish holding down among small boulders. First, I tossed a Clouser Minnow upstream, let it sink, and then jiggled it up to them. A few moved over to give it a look, but that was all. I drifted a big stonefly-nymph imitation through them, tugging it to make its rubber-strand legs quiver. More looks, no takers. I started working down through various weighted nymphs. Refusal, refusal, refusal….

Finally, I was down to the smallest nymph in my smallmouth boxes: a size 18 Chironomid-pupa fly with a tiny metal bead for a thorax. I tied it on and gave it a fling. By now I knew the run; I got the fly down with the smallies on the first try. My hope was nearly gone. The tiny nymph seemed entirely inadequate for crayfish-crunching minnow-chasing smallmouth bass of respectable size.

Five of the smallies let the current carry them downstream with the fly, soon surrounding it and still drifting. They’d followed other flies already, but this had the look o more commitment than I’d yet seen. I dared to hope. I gave the dinky nymph the gentlest of twitches. Then one o the bass lurched at it with an open mouth and I set. How can I tell you how gratifying the surging weight on my line felt?

I hooked three or four more on the dinky nymph before the smallies wised up.

It was as close to laboratory conditions as my fishing gets. A controlled (in the scientific-research sense) group of fish, controlled conditions, repeated testing through diminishing hook sizes. Seemed as clear to me then as it does now that those bass wouldn’t have budged had I not shown them my size 18 fly.

One morning on an August river, another river winding clear between desert bluffs, I watched smallmouth rise as gently as lazy trout to a fall of tiny Tricorythodes mayfly spinners. That took me a while to comprehend—bass sipping Trico spinners? No. . .really? The closest fly I had was a Griffith’s Gnat, or maybe a tiny ant dry fly—I’m uncertain now—but I do recall that it was a size 20. Should have been a 22, but why quibble? I was lucky to have anything under a 14 on me for a strictly smallmouth trip, so the tiny fly brought a sigh of relief when I found it nearly hidden in a tangle of much larger flies.

It worked. Presented dead drift to rising smallmouths it took me several fish that were just big enough to be fun. I’d taken smallmouth on dry flies during hatches before, but I’d never imagined a smallmouth big enough to put a respectable bend in a six-weight rod would come to a size 20.

Look, I’m not suggesting you pack all your trout-fly boxes along to summer smallmouth rivers. Only that you bring a few varied small-to-tiny nymphs and dry flies and emerger-flies with you, and that you consider them if all else fails.

Going to a smaller fly when fish aren’t responding isn’t a new idea; it’s just a good one that needs an occasional mention for the enlightenment of the newcomer and a reminder for the old hand. And—lo and behold!—it can even apply to smallmouth bass.