Catch-and-Release: All It’s Cracked Up to Be 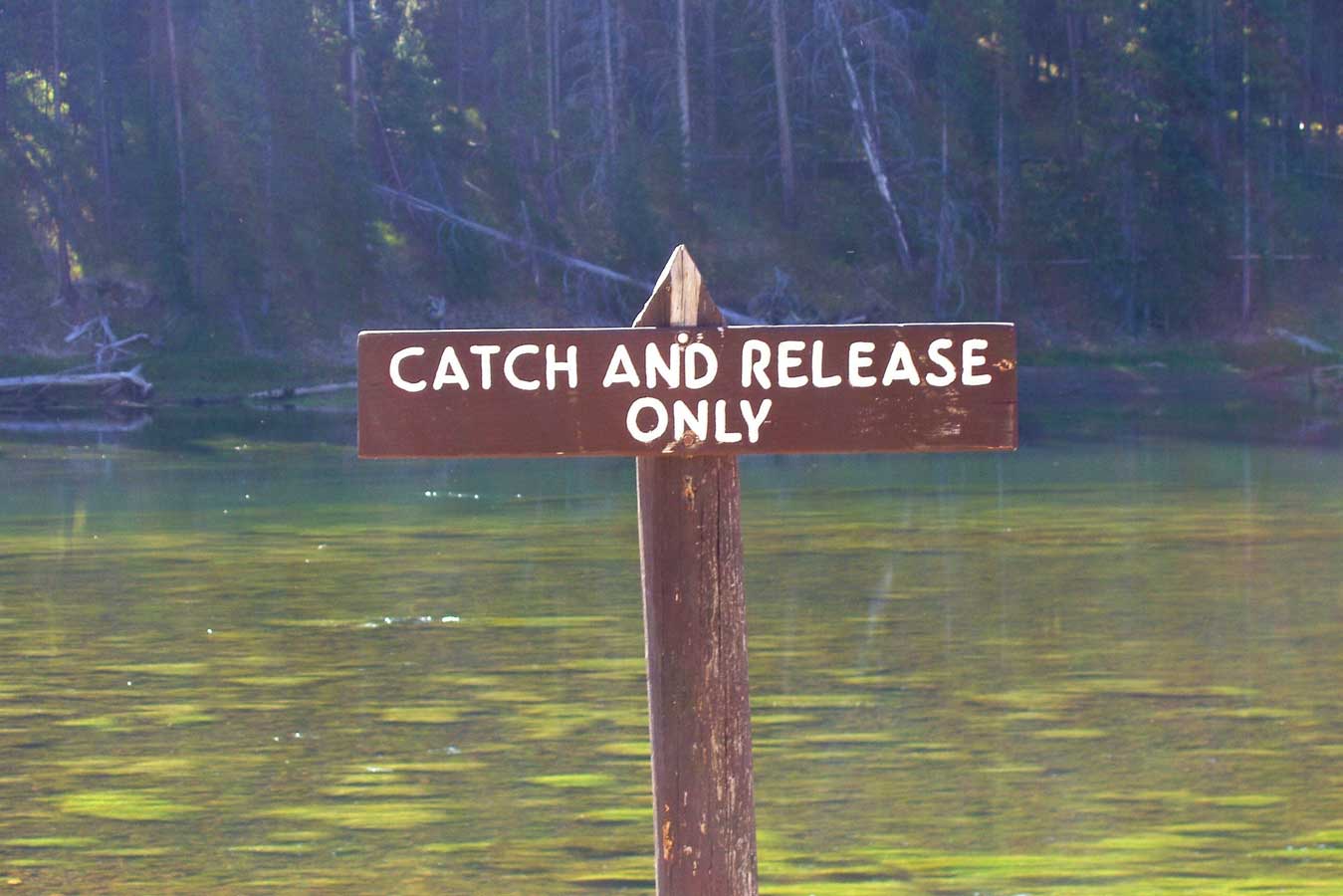 Editor’s Note: This is the eighth article in our series on fly fishing conservation.  This series appears with the support of Swift Fly Fishing, makers of Epic Fly Rods.

Catch-and-release is not overrated. In fact, short of stopping fishing, something very few of us are willing to do, catch-and-release is the best tool we have for maintaining natural age and size distribution, as well as abundance. And while some anglers, and unfortunately many state fish and game managers don’t seem to agree, natural balance is best for all involved.

Like most cold-blooded species, fish demonstrate what is referred to as indeterminate growth. This means that they keep growing until they die. So, if you want big fish, leave them in the water and let them grow. The giant brook trout of Labrador, some of which are over eight pounds, are often over six years old. Fish half that size are rare in Maine, as are fish over three years old. Coincidence?

Another theory being tossed around by state fisheries managers is the idea that the fish anglers harvest represent compensatory mortality. This means that instead of increasing mortality, referred to as additive mortality, harvesting fish results in declines in other causes of mortality such as disease, predation, and stress, and the overall population is unaffected.

You Can’t Harvest Your Way Out of Trouble

While you can harvest your way into trouble, and we have, you can rarely harvest your way out of it. In most cases, culling of fish at the recommendation of state fisheries managers has failed to deliver on its promise: maintain “healthy” fisheries, or increase “size-quality.” In fact, in many instances the situation deteriorates even further. When it comes to fish and wildlife, as a rule, things work best when we let Mother Nature do her job.

Lee Wulff had it right in the late 1930s when he said, “Game fish are too valuable to be caught only once,” at least figuratively. And his position is sound today, at least figuratively speaking. Obviously, harvesting nonnative and stocked fish is helpful from an ecological standpoint.

Unfortunately, Mr. Wulff’s wisdom is being challenged, and the need for catch-and-release is being called into question. Some are referring to catch-and-release as “playing with your food,” and others, “torture.” Harvesting fish for a meal is being promoted by some as a right-of-passage, or somehow necessary to fully understand and enjoy the sport. Others are saying harvest is necessary to help grow, and even save, recreational angling.

Some are using harvest to try to increase participation in fishing. They see catch-and-release as a deterrent to growth. Interestingly, some of those looking to grow the sport are decrying the crowding our waters are now experiencing, going as far as to say these rivers are being “loved to death,” and that the traffic is detrimental to the “fishing experience.” Won’t creating more and more consumptive anglers only make matters worse? 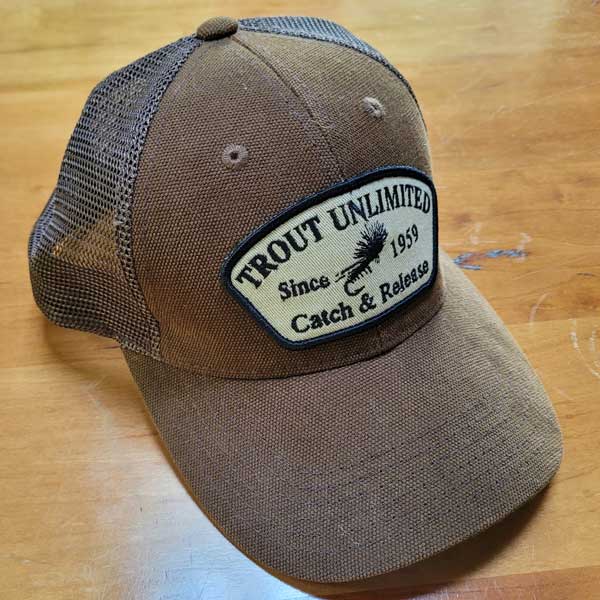 While often presented as food for thought (excuse the pun), or playing devil’s advocate, most challenges to catch-and-release from within the fly fishing media, industry, and advocacy machine do more harm than good. It confuses the masses while eroding half a century of work to try to get anglers to be better stewards of the resource.

One writer recently made a point of saying that their catch-and-release was not a “virtue signal,” as if releasing fish was something we did to show good character or moral correctness. They went on to say that they didn’t have an issue with anglers who eat trout, as long as they don’t break the law. Can you imagine what would happen to our trout stocks if this became the new bar?

A popular conservation blog recently praised the catch-and-kill angler for catching a couple of fish to eat and moving on, rather than catching and releasing numerous fish for the sake of fishing. This shows a complete lack of understanding in regard to incidental mortality. Using a conservative rate of 5%, a fly fisher would have to catch and release 40 fish to match the impact of the angler who harvests two fish and goes home. And this assumes that the catch-and-kill anger kept the first two fish they caught.

While I’m sure they exist, the noble forager who catches a couple of fish to eat and goes home is not the norm, at least not based on what I have seen in 45 years on the water. Like the catch-and-release angler, most fishers I see that harvest fish keep fishing after they reach their limit. With an incidental mortality rate of 25% for bait-caught fish, if one releases just 10 fish after they stringer the first two, their actual impact would be more than double.

Of course, this completely ignores the fact that many states and waters have laws that require all fish below x-inches be released. So, the likelihood any angler is able to stringer the first two fish caught and move on is low. In Maine, the general law on brown trout and rainbow trout in lakes in ponds is 12-inches and 14-inches, respectively. Anything shorter must be released.

One article noted the multi-minute “hero shot” taken by catch-and-release anglers, and the likelihood the fish would die after release. Even the worst fish-handling is usually over in seconds not minutes. And “20 minute” fights? Unless you’re talking tarpon, permit, Atlantic salmon, or some other large gamefish, most fish are landed within a few minutes or less. What is the purpose of using extreme exceptions to question an otherwise positive trend?

We have fish conservation organizations advertising filet knives, wild-caught salmon fillets, and lures donned with high-impact treble hooks. And while they admit that treble hooks are a bad idea for catch-and-release angling, they note they are fine for those who want to keep a couple of fish to eat. This ignores the fact that fish that fall outside the legal length limit must be released, and that many anglers continue fishing after they have reached their daily bag limit.

There is talk about “widening the tent,” by embracing harvest. With 95% or more of our waters open to harvest and high-impact bait, how much lower can we go? And why would we, do fish need recreational fishermen? Does society need recreational fishing? Will adding more anglers, especially high-impact ones, help or hurt the resource? And if we hurt the resource won’t we hurt the sport?

While even catch-and-release angling comes with a price (some fish die), is the alternative (harvest) better? Will harvest improve fishing? Enhance the resource? Save fishing? I don’t believe so. Harvest comes with a higher price, and it is the fish that pay it. And when the fish suffer, angling suffers.

Catch-and-release is not about clearing one’s conscience, at least no one I know. It’s about doing what we can to lessen our impact on the resource. Short of stopping fishing; done in conjunction with low-impact tackle such as single-hook, single-point, barbless artificial lures and flies, and responsible fish-handling, catch-and-release is the best way to limit our impact on the resource. It is a form of conservation.

As noted earlier, there are times when harvesting fish might not hurt. But when it involves wild native fish, it never helps. And while it can help when it involves removing invasives, including nonnative trout, that’s not always what we are promoting. While some seem fine with harvesting a few wild native brook trout or cutthroat for the frying pan, they don’t seem to feel the same way about harvesting 20” wild nonnative brown trout or rainbow trout.

What are we really saying when we challenge catch-and-release? What is the message? Is it conservation, fishing, social, economic? Amazingly, one of the groups most responsible for modern-day catch-and-release is now one of the most vocal challengers. Are they saying they were wrong?

Might something less noble than inclusion, like increasing memberships, improving sales, etc., be behind the current push to increase angling participation by opening the tent to all comers? Or do people even see the contradictions and conflicting messages they are sending out?

The promotion of angling doesn’t have to come at the expense of the resource, nor should it. We should promote good stewardship and the use of low-impact tackle and techniques. And we should promote catch-and-release because it’s good for the resource, at least when we are talking about natural fish populations. Rather than challenge catch-and-release, a non-problem, let’s go after the real culprits: Nonnative fish, stocking, angler exploitation, and habitat degradation.

In fact, with the increased extreme high-water events the east has experienced in the last decade, what is now a nationwide and multi-year drought, and increasing water temperatures due to low volumes and extreme heat, catch-and-release is more important than ever. Do we really expect the masses to stop fishing, or catch a couple of fish and go home? As long as the law allows it, many anglers will continue fishing regardless of the conditions.

While the current challenges to catch-and-release may seem reasonable at the individual level, they ignore the aggregate impact of the masses. It also ignores specific situations where a given population may be stressed due to other factors such as high water, low water, warm water, or excessive predation by birds and mammals. And the message is often unclear, and potentially misleading.