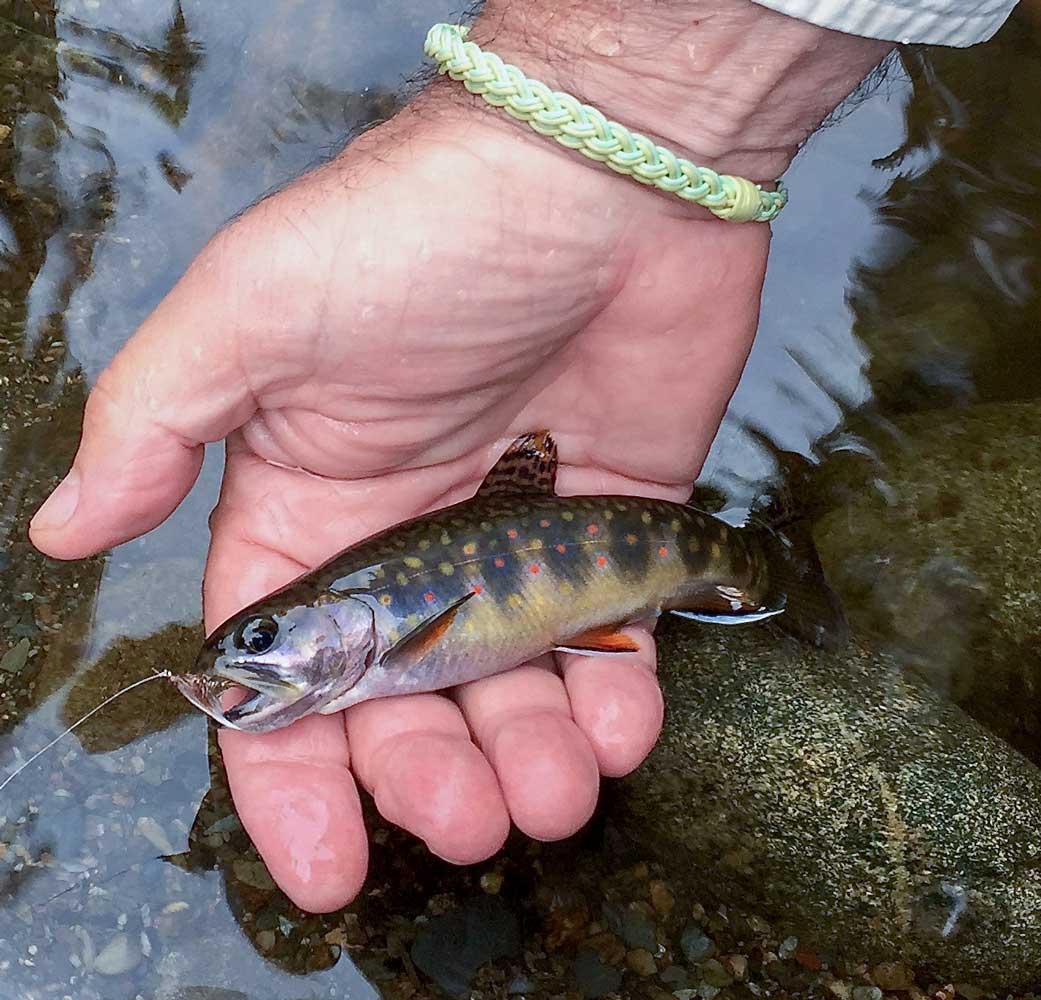 It’s the second week in March, and there is still snow on the ground, a bit more in those areas under trees. By mid morning, the temperature has climbed into the forties as the sun shines down from a cloudless ocean of sky. I park the pickup on the long dirt drive connecting our home with the macadam road that runs beside our property, and trudge into the adjacent woodlot carrying my chainsaw, the smaller one with the fourteen-inch bar. Later, after I’ve worked on the canopy of a hickory, I’ll return for the larger saw needed to cut the shagbark’s trunk into fourteen-inch billets.

Last fall the back end of a hurricane took down the large tree that fell on the far side of the brooklet that runs through the northern edge of our twelve acres. Patches of ice remain along the sides of the narrow creek. Farther back, Indian poke and skunk cabbage have broken through the snow. Their whorls are mottled purple, yellow, and green. The sweet melancholy of mourning doves drifts down from the branches of a beech tree. Last year’s leaves rustle in the breeze. I’ve been eyeing the fallen hickory all winter, knowing it can be easily split and will burn well, but what a pain in the butt it’s going to be to carry the logs across the little rill’s runoff.

With one boot through the handle of the saw, I pull on the cord. On the third or fourth try, the hoarse buzz of the engine blots out everything else while the saw’s blade slices through the next two hours. Afterward, my right knee hurts as it does whenever I overdo it. An elastic brace helps to dull the ache that grips my lower back. I’ve removed my wool jacket. Sawdust clings to my shirt and jeans. Sap and sweat, gasoline and grease permeate the air. The smell is not unpleasant. It’s the smell of hard labor, a simple job done well.

By noon, the bed of the truck is piled high with logs. A path of mud-stained snow winds down from the truck and over the tiny freshet, ending at the site covered with wood chips and stained by chainsaw oil. The scene reminds me of the television program—C.S.I., and I imagine William Petersen and Marge Helgenberger combing the site for clues.

It takes another thirty minutes to unload the wood into neat rows, and twenty more for a warm shower to loosen my back and a quick lunch to fill my stomach. With the warmest part of the afternoon before me, I hope to wake a few trout from their winter slumber.

The fishing season doesn’t open for another month, but not far from our home Bonnie Brook’s current has broken free of ice. The little stream has not been stocked for more than thirty years, and an angler choosing to spend time on its water is able to cast a fly at any time during the year to trout that have gone native.

A freestone stream, the brook appears no different than others throughout the northwest corner of our state until you discover the wild strain of audacious brook trout hidden below its current. Small compared to those hatchery-bred fish found in the larger river a short drive up the road, the fish here are able to propagate in water cold enough and clean enough to sustain them while living secret lives in forgotten eddies frequented only by those few of us who value their company.

On the brook for only the first time since last December, my initial casts are awkward and it takes time to regain my rhythm. The sun remains low in the sky this early in the year, but I can feel its warmth on the back of my neck. The sound of the current rises around me, until, if only for the moment, I’m once more a young man with thick black hair and legs strong enough to cross a river without a wading staff, my back firm, fingers steady, and eyes able to tie a knot without the aid of glasses.

The moment passes as all moments must, but then there is a flash of color and seconds later my breath is taken away, as it always is, when in my hand I hold the first trout of spring.