“It’s Been a Tough Few Months” 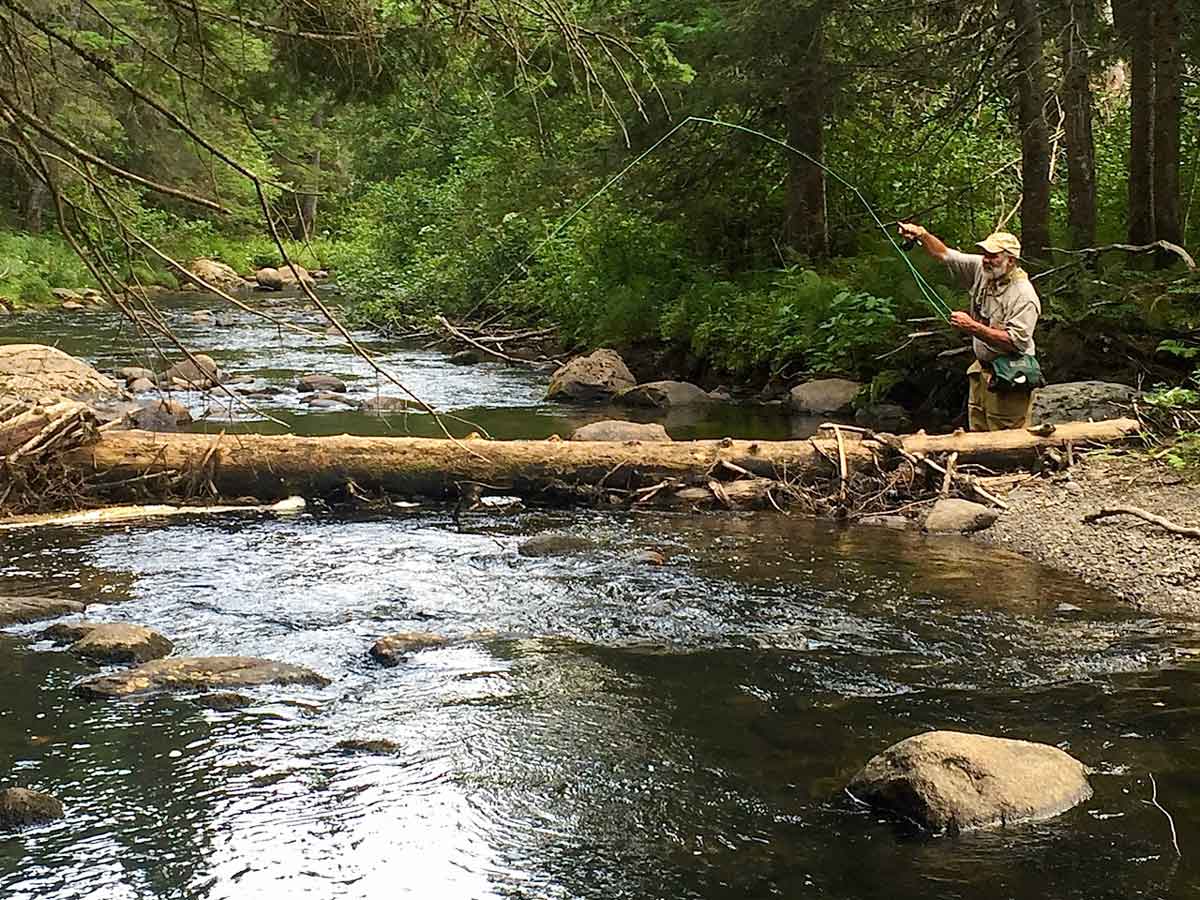 It’s been a tough few months—a virus we can’t seem to control, economic worries, social unrest across the country, and a citizenry as divided as it has ever been. These are the thoughts running through my mind as I turn up the logging road and head north.

Along the sides of the road, in between spruce and pine, a few maple saplings are already turning crimson, a hint of the color that will soon cascade down the hills of western Maine. Still lost in thought, I come around a curve and brake for a small crew of loggers. I wait while one of them swings the arm of a grapple skidder to allow me to pass. Waving a hand from the open window of my truck, I breath in the scent of decaying bark and wood chips as I pass towering piles of harvested timber.

Dust billows up behind the truck as I bounce through holes that would swallow a smaller vehicle, hump over the occasional exposed culvert, and navigate around rocks exposed as the season has progressed. An hour later, I pull beside a logging slash. After buckling my hippers to the loops of my jeans, I grab my fly rod, the one purchased from L.L. Bean more than forty years ago. Since then, I’ve acquired others, a few crafted from bamboo, but it’s this old friend, one with a number of nicks and one loose ferule that I choose for company on this morning. My mind turns to the many extreme weather events that have plagued the region as I head down a trail that leads to the headwaters of a well-known river.

Each September, anglers travel to the lower reaches of the river in hopes of feeling the tug of a native brook trout as large as they’ll encounter anywhere in the United States. These large fish enter the river in early spring, but fall back into the lake as the high water begins to recede. They return to spawn in the fall, but only after the first hard rain. Some years, that can be in October, after the season has closed.

I prefer the upper stretches of the river that flow down out of the mountains bordering Canada, especially during the summer months. The fish this high up are much smaller than those migrating out of the lake, the stream no more than a brook, but I’m assured of solitude in country as wild as any in northern New England.

The forest is silent, the smell of balsam strong. Following the narrow path, my wading boots press down on generations of needles while I hobble over tree roots and around boulders.
My thoughts remain as dark as the trail that is sheltered by conifers that extend their wispy branches over my head. A number of years back, Trish and I came upon a group of fools using hydraulic dredges to search for gold. In a matter of a few short months, they had defiled the once pristine current. Banks were caved in and the cobble streambed muddied. It took time, but eventually the State Legislature banned this activity on such waters. In time, the little brook came back to life. Even so, worry for the stream and the state’s native trout that call it home plagues me.

After a while I hear the current before seeing it. Sunlight dapples the brook’s surface that remains clear and cold despite the lack of rain. Only a few yards across, and on average no deeper than my calves, it contains brook trout in numbers that rival those of the stars on a moonless night. No matter that the largest fish will measure no more than ten inches.

There are few insect hatches on this upper stretch. The trout must be aggressive if they are to survive. For this reason, I can cast most any dry fly while wading upstream or a wet fly if fishing down. Over the last thirty years, I’ve varied my offerings, initially satisfied to cast a Royal Wulff, eventually switching to an Adams, and on occasion, an elk-hair caddis. Lately, I’ve become partial to a pheasant-tail dry fly, with a parachute wing. To my mind, it is the perfect searching pattern, and I’ve found it deadly on small streams like this one.

I grab a # 14 pheasant tail from the various sizes that line the foam ridges of a metal pill box, knot the non-descript pattern to my five-x tippet, and begin working my way up the narrow ribbon of water. The first fish slips from a plunge pool to grab the fly as it skitters across the surface. It is no longer than my finger. In my excitement, I miss the second fish, pulling back on the old rod a bit too soon. I find a third, slightly larger than the first, along the far bank.

It’s not so much the pattern you choose, but rather the stealth you employ. These brook trout have been here since before the Abenaki. Over time, they’ve learned that a shadow may precede the talons of an osprey or the beak of a Great Blue Heron or kingfisher, a footfall, the jaws of an otter or mink.

This morning, the fish are where you’d expect them to be—under the shade cast by a low hanging limb, along the edge of a sweeper’s spindly branches, in the lee of an island where the Joe Pye weed has grown as high as a moose’s eye, and behind and in front of most boulders.

This time of year, the water is low, and what you might not expect, is that these little brookies will hold in pockets slightly darker and an inch, maybe two, deeper than the surrounding water. The worm-like markings on their moss-green shoulders are the perfect camouflage, allowing them to hide in plain sight. It’s only when held in the damp palm of a hand that the true beauty of these fish that Thoreau called fluviatile flowers can truly be appreciated.

In years past, I might spend an entire afternoon working up and then down this stretch of water, but those days are gone. After a few hours, I wet my neckerchief and wipe it across my face. Draping the moist cloth back around my neck, I turn to make my way back downstream. For a short time, action has transcended thought. Now, tramping back up the trail, I am encouraged by these brook trout that have survived their natural enemies, endured extreme flood and drought, and even the dredging of their stream. Like the brook trout, we reside for a few short years, on a precarious orb that is spinning precariously through space, a speck in one of countless galaxies floating through an infinite universe. I have no answers to our current problems, but take heart in the words attributed to Winston Churchill – “You can always count on the Americans to do the right thing after they have tried everything else.”