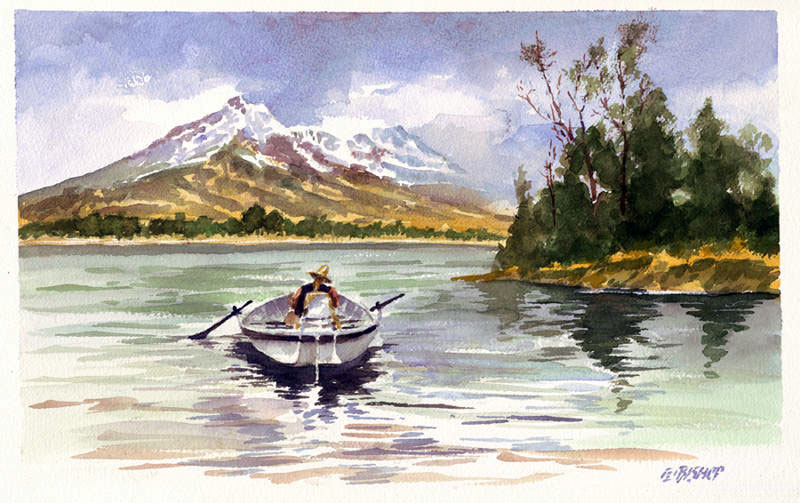 Randy Mack Bishop was born and raised in West Texas. Attending the University of Texas at Austin on a football scholarship, he graduated with a B.F.A. in studio art. He then went to the Art Center College of Design in Los Angeles, California, graduating with honors in illustration. After graduating he located in the Dallas area where he has been an artist for 34 years. He has taught at Southern Methodist University and Brookhaven College. He is married to Cathleen Bishop, a graduate of the University of Texas, and they have a son, Drew who is a member of the UT baseball team.

Eighty-five original pieces of art done while Randy was an illustrator for the Dallas Morning News reside in the collection of The Center for American History in Austin, Texas.

Randy continually does research for his paintings by research trips to Montana, Colorado, Canada, Alaska, and Africa. As an avid conservationist, Randy has participated in such fundraising groups as Gulf Coast Conservation Association, Ducks Unlimited, and Texas Fly Fishing Conclave.