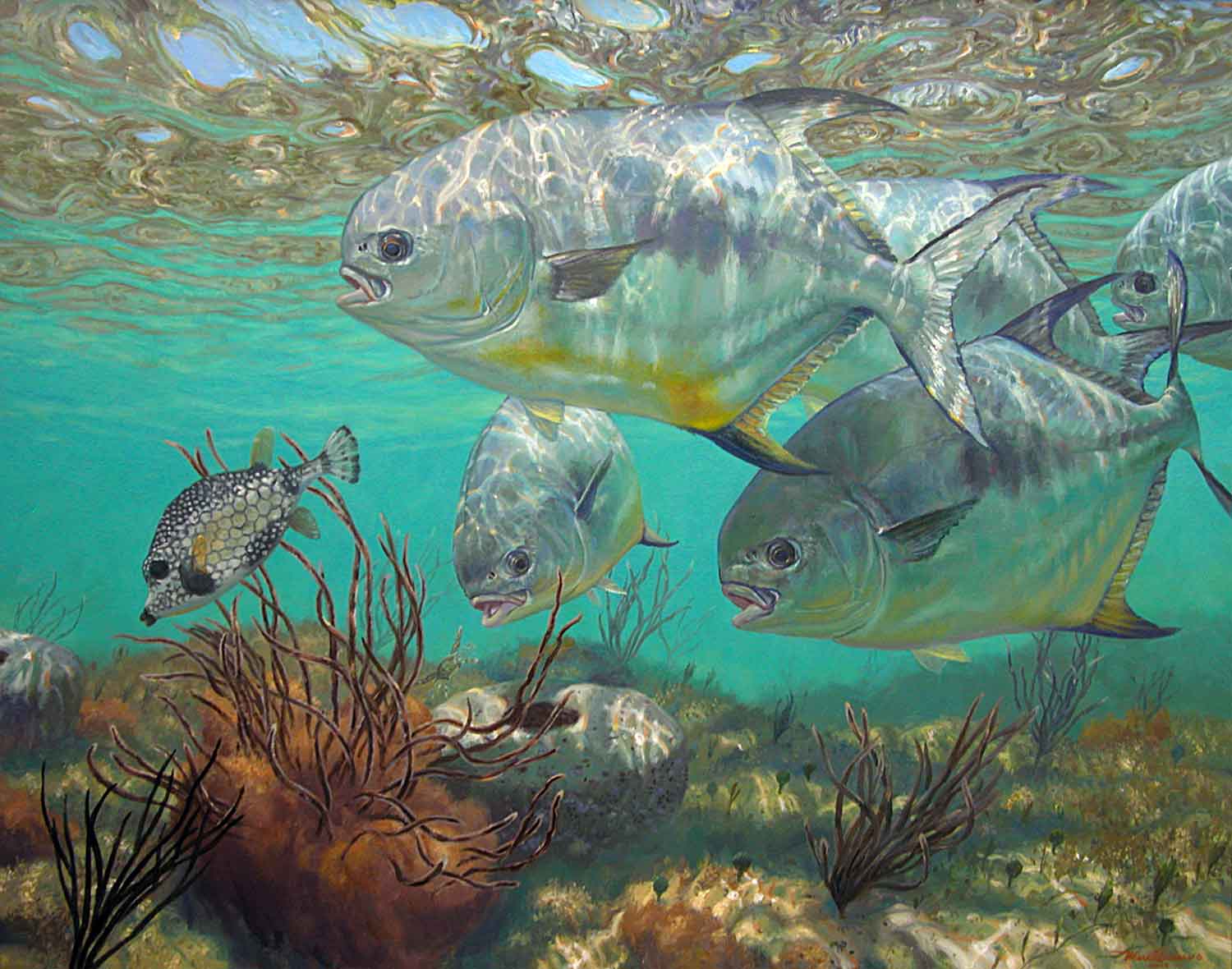 Mark Susinno is an artist and fisherman from Maryland, specializing in painting underwater depictions of freshwater and saltwater game fish. He has added twenty-two fishing stamps to his list of credits, including the 1986 Maryland Trout Stamp, the 1991 First-of-State Pennsylvania Trout/Salmon Stamp and the 2004 First-of-State Texas Freshwater Stamp. His work has appeared in the Art of Angling Journal, Gray’s Sporting Journal, Sporting Classics, Field & Stream, Sports Afield, Fishing World and Fly Fisherman. He notes, “I enjoy suggesting the sense of light and space of the shallow-water aquatic environment, but I also feel the need to present the fish themselves such that they are recognizable to the average fisherman, who is most familiar with how a fish looks when it is out of water.”