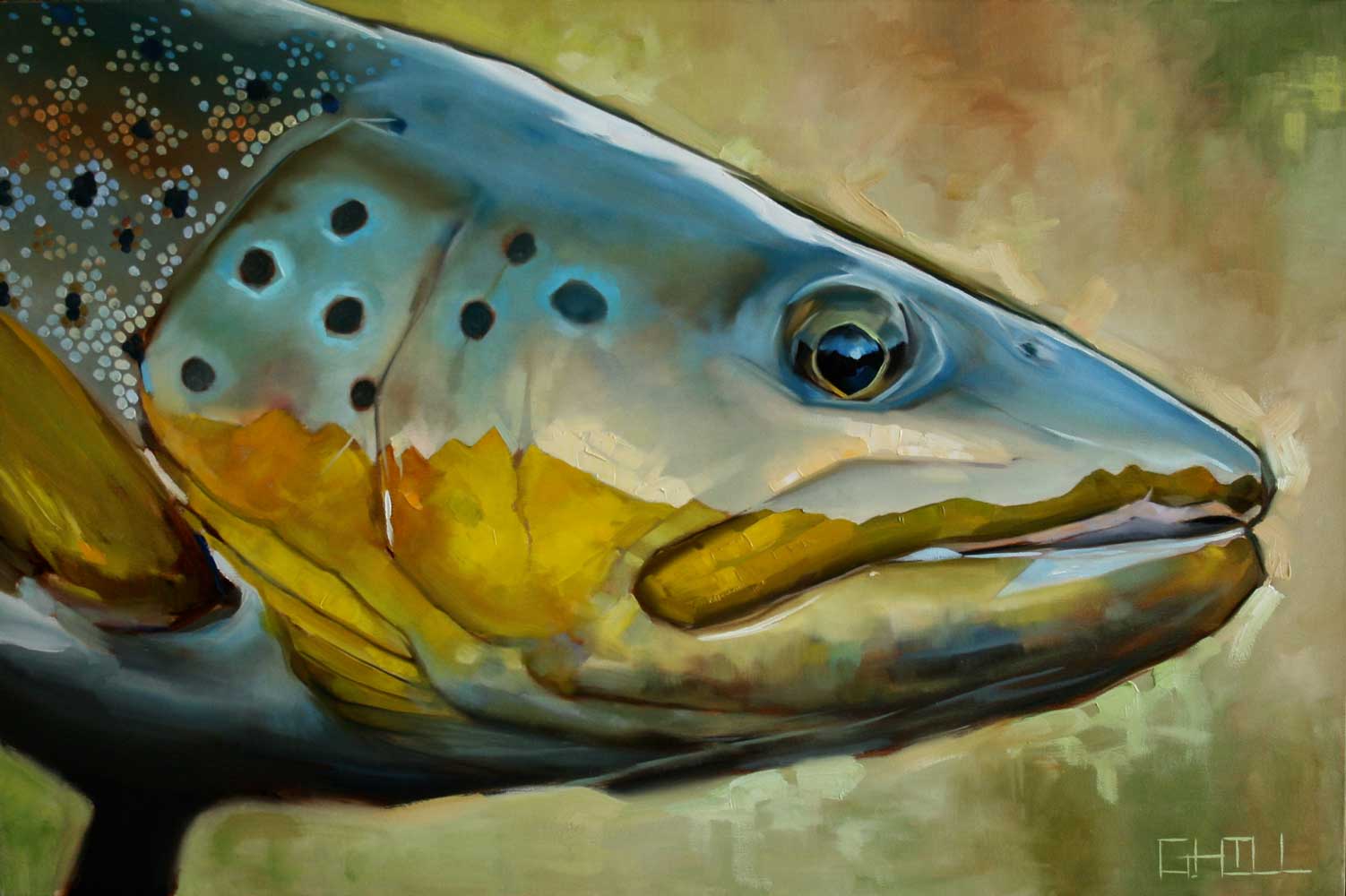 George Hill (b.1982-) is a contemporary realist painter based out of SW Montana. His representations of wildlife and fish attempt to push both realism and expressionism. He composes his paintings mostly in the style of portraiture to emote in the viewer a strong sense of reverence for the subject. Yet his works are far from traditional. Through loose, at times impressionistic application of paint, Hill is able to breathe emotion and life into his subject. Blending realism with expressive abstract elements produces a uniquely engaging and emotive experience for his viewers.

Hill’s choice of subject matter is largely influenced by his affinity for wilderness areas and the creatures that reside within them. He is an avid outdoorsman and fly fisherman. Hill spent several years as a young man pursuing large trout with his fly rod in Patagonia, Argentina. These years were profoundly influential for the artist and his work. With each portrayal on canvas, Hill hopes to raise a sense of awareness and importance for these creatures, as their health is indicative of flourishing ecosystems and wilderness spaces.

Hill’s works are represented by galleries across the Northern Rocky range. In a relatively short period of time he has amassed a strong collector base, often comprised of avid outdoors people such as himself. They too share the same reverence and appreciation for wild creatures and the spaces they inhabit that Hill does. Hill has been featured in publications such as the Big Sky Journal in their Artist of the West column and he annually participates in the Charlie Russell Art Show in Great Falls, Montana.