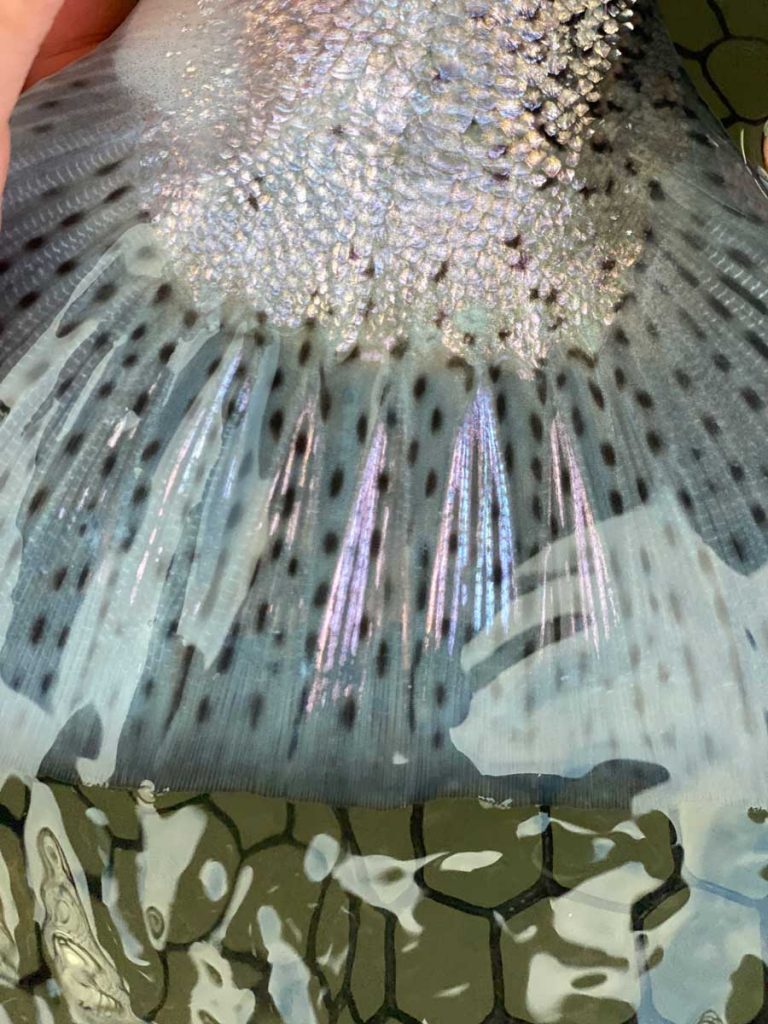 When I was about seven years old, my father surprised me with my first fishing rod, a stout little piece of dark amber-colored fiberglass with a shiny reel attached. After showing me how it worked and letting me practice casting a bit in the front yard, he handed me a can of worms and said, “Let’s go fishing.”

And off we went, trekking down what was little more than a deer trail that led to the small stream running behind our family’s summer cabin high in the Sierras above Nevada City. There he taught me the art of rock hopping and wading through cold mountain snowmelt, how to dissect a trout stream’s currents and “read” the water. He spent that day pointing out the riffles, pools, and other places where a fish might hide in the current and then dart out to grab my worm.

On that day, a fisherman was born; if it has fins and swims, I want to cast a fly in its direction and see what happens. 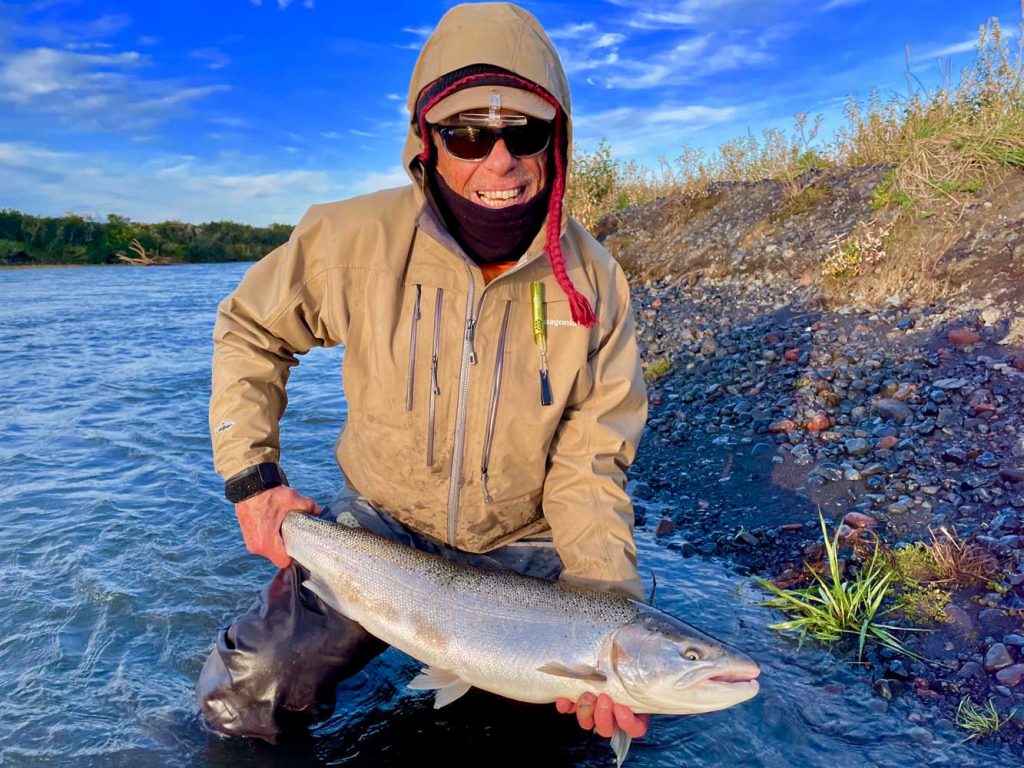 Today, I’m a few weeks shy of my 79th birthday, and I’m still chasing fins, this time steelhead in the southwest corner of the Aleutian Island mainland. A few miles to the west of our lodge lies the Bering Sea and, if you use your imagination, Mother Russia. A few miles to the east squats an active volcano, sending the nearby countryside occasional reminders that it’s not to be ignored. The lodge owner refers to these burps as “mountain farts.” Still, they are serious stuff as a short while back, it erupted and one side of the mountain blew out and sent a lot of ash some miles away from where one of our guides was fishing. After he changed his underwear, an 8.5 earthquake happened, knocking him to the ground. No one knows how the fish felt about that day, but the guide said he was suitably impressed.

There is not much to see when standing in the river but heavily carpeted grasslands stretching towards the glacier-capped mountains to the east. The river snakes through lush plains of tall grass and heavy stands of willows that moose, caribou, red fox, and giant brown bears call home. The two unpredictables in this mix are the bears and the moose, regularly seen while fishing. My long-time fishing partner, Steve Starke, had an adult bull moose come out of the brush a scant 20 feet from where he was standing in the water fishing. Of course, even being “socially distanced,” a 1400 pound moose does not make an appealing fishing partner, so always being the quintessential gentleman, Steve quickly deferred to the moose’s desire to have a drink of river water and moved away as fast as possible. 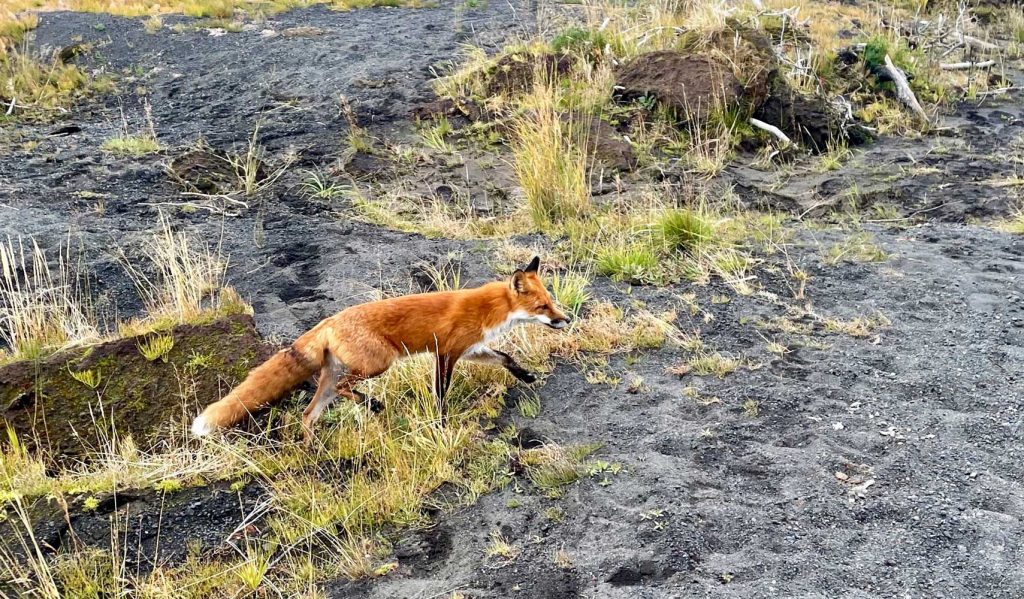 The conditions in the Aleutians are what you might expect from a place this far north and sandwiched between the Bering and Pacific Oceans: windy and cold with an abundance of rain. But on many days, the sun will play hide and seek with the clouds, giving you some welcomed warmth during different parts of the day. The fall-colored scenery is raw and wild, contrasted by tall mountains buried under pure white glaciers, smoking volcanos, high grasses, and rivers winding aimlessly through all of it—perfect habitat for steelhead and salmon, which is why I am here.

Given the conditions we had to deal with on our first day, I felt fortunate to have even hooked and lost just a couple. Still, winds over 20mph gusting to 30+ led to many missed opportunities with countless casts looking like hairballs masquerading as fly line. But, if you consider a good day is just hooking a steelhead, it was a great day. 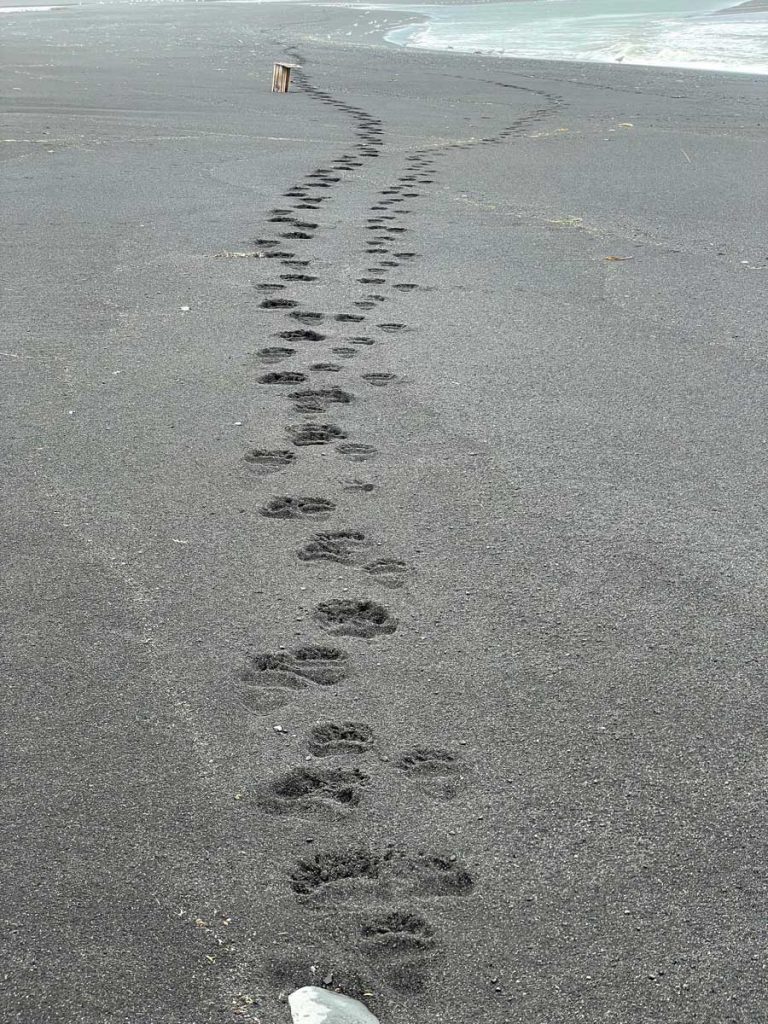 As the week progressed, the weather remained mostly the same. Fortunately, my ability to throw a decent cast into these strong headwinds improved, as did the fishing. The fish were spectacular, fresh from the salt, bright chrome, and obsessive about getting unhooked. Finally, midweek we had a banner day, my fishing partner and I hooked, landed, and lost several dozen large steelhead, so fresh from the salt that they still had sea lice on their bodies.

I’m happy to say that I landed my share over the week but did have one day when I hooked ten and lost every one of them, three at the net. But you can’t be depressed and grateful at the same time as this too was a great day. I knew those fish had given me their best, and it was enough. At day’s end, I was smiling and exhausted and knew I had been trounced by the finest.

Seven decades have passed since that first fishing lesson with my father. In this time, I have learned that Thoreau’s comment, “Men go fishing all of their lives without knowing that it is not fish they are after,” to be valid. Fly fishing for steelhead is, at best, a solitary sport, and while friends and guides may accompany you, you are on your own after you step into the river, make your first cast, and hear what I like to call “water music,” the sound the river current makes rushing against your waders. 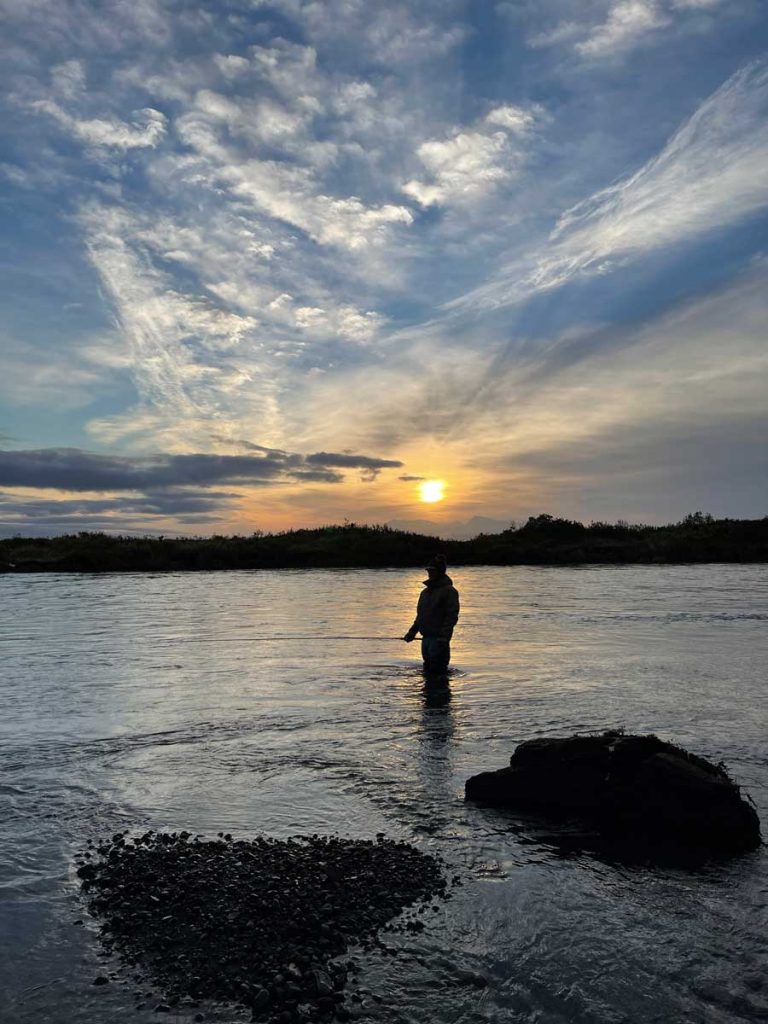 I also know this to be true; church pews would be filled to the brim if their pastors could bestow the sense of spiritual well-being equal to what I find while wading a steelhead river. And finally, in a world where we now have to take so many things seriously, I’m grateful that fishing is not one of them.

Fly fishing mythos suggests that steelhead is the fish of a thousand casts. My experience suggests that this is fundamentally true but know from experience that it can also be a fish of 10,000 casts or just one. After one discouraging trip where I didn’t touch a fish for eight days, my friend Tom Derry kindly reminded me that catching fish has nothing to do with fishing. He said it took him many years to understand that, but as I slide into my ninth decade, I know that what he said is true. It’s the joy of fishing that makes me happy; if I catch one, all the better.