How Much Backing Do You Need on a Fly Reel? 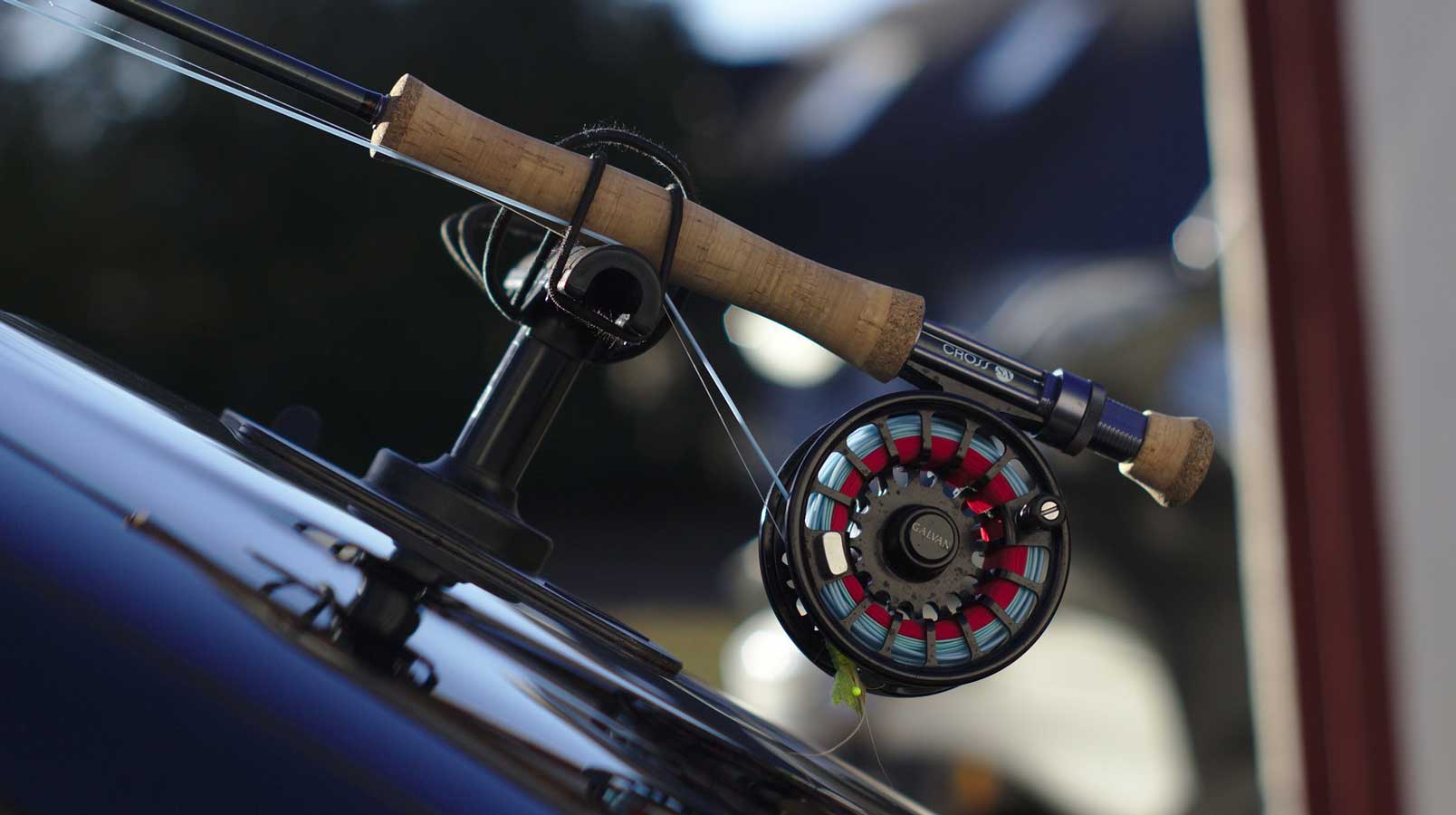 Perhaps you are new to fly fishing, or maybe you’re an experienced angler who’s always wondered what the right amount of backing is for your favorite fly reel.  We’re going to answer that question and more and put you on the path to a solid setup.

Knowing how much backing to spool onto a trout reel can seem a little tricky. Not only do fly reels come in more shapes and sizes than ever, but lines themselves vary quite a bit in diameter. Fly reel manufacturers are experimenting constantly with large-arbor, narrow, and variable-width spool shapes. Because of this most of them do a good job of recommending backing amounts and sizes. But since you generally want to put as much backing on a reel as possible while still leaving room for your line, which might be a double taper 4-weight one day and a weight-forward 5-weight another, it’s not always enough to rely on the reel manufacturer’s recommendation.

What’s the Typical Amount of Fly Line Backing for Freshwater?

First let’s talk in round numbers about how much backing you would put on the typical trout reel, which would be one meant for a 4- or 5-weight line. You can probably expect to put around 100-125 yards of backing on that reel and still have room to spool on your line and still have clearance from the spool supports or reel cage.

Obviously less would go on a smaller or narrower-spool fly reel and more on a reel designed for a 7- or 8-weight. But most anglers usually spool their reel with as much backing as possible. This increases the effective arbor size, which speeds up the retrieve, and keeps line “memory” issues (fly lines tend to retain the shape of the spool they are kept on) to a minimum.

Other than when fishing for large freshwater species like salmon, big lake trout or musky, though, the chances of a fish running far enough to remove a large percentage of your backing are low. That doesn’t mean you won’t find yourself sometimes looking at your backing and wondering, especially if you hook a really hot rainbow trout on a large river or lake, but even the strongest type of fish might take you only a third of the way into your backing, regardless of reel size. (As Chico Fernandez is fond of mentioning to us, even most bonefish rarely take out more than 50 to 75 yards of backing, even when it feels like they are disappearing over the horizon.)

How Much Backing Should Go on a Trout Reel?

So where should you start? There should be a line capacity table on the reel manufacturer’s website or in/on the reel box. The table will tell you how much backing a reel can hold with different weight lines and what kind to use (typically Dacron in the fresh and sometimes Gel-Spun for added capacity in the salt). We cover backing for saltwater fly fishing in another article since it involves a lot more variables. 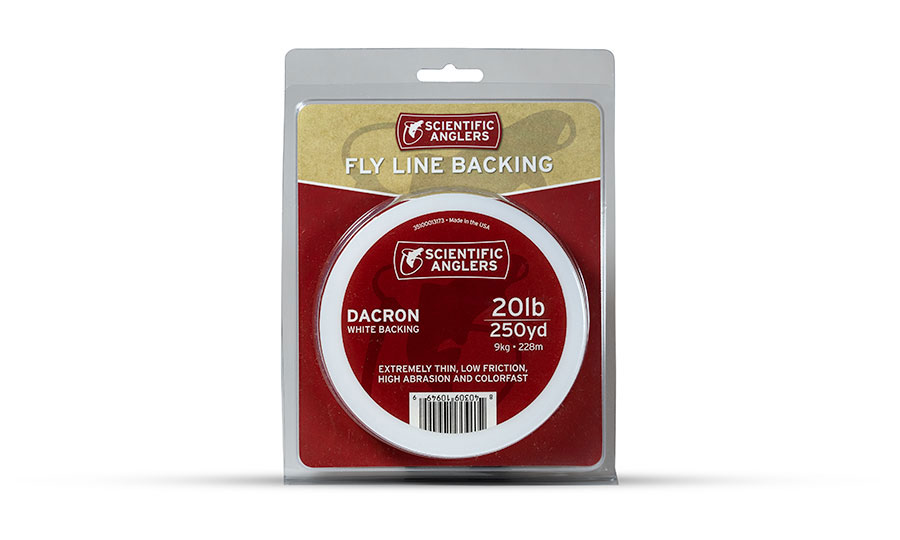 Dacron backing like the Scientific Anglers 250-yard spool of 20-lb sold by retailers is among the most popular backing on the market.

What Kind of Backing Should I Use on My Fly Reel?

Most freshwater backing today is made of braided Dacron, a low-stretch, abrasion- and rot-resistant material. There are other proprietary backing materials like Micron, but even there the base material is Dacron. Keep in mind that Dacron can eventually degrade; though it often lasts for many years, it’s good to check the strength of the first 25-50 feet every year. The typical strength rating for backing loaded on fly reels is 20#. For comparison, most saltwater Dacron backing is rated at 30# breaking strength, and braided polyethylene, used in gel spun and Spectra, is smaller in diameter and stronger than Dacron. Except in saltwater, where some anglers use tippets larger than 20#, “tensile” or breaking strength is largely irrelevant since your tippet will break long before your backing.

How Should I Put Backing on My Fly Reel?

You can buy spools of Dacron backing in almost any fly shop and even many conventional fishing stores, as well as online. When loading it onto your reel, you want to pay particular attention to winding it on evenly and with adequate tension, both of which are needed to help prevent the backing from “biting in” to itself. There’s a helpful video below that can show you one effective technique for loading backing onto a reel.

If you don’t want to buy your own backing and/or don’t trust your knots, you also have the option to have your backing and fly line loaded onto the reel by your local fly shop. Fly shops usually have one or two employees who have a “sixth sense” for how much backing a reel should hold. Beyond that, they almost always have a machine designed for spooling backing smoothly and tightly onto a reel, which helps make sure the line doesn’t wrap over itself or produce a loose loop that can lead to a bird’s nest.

Dacron-based backing is also woven as a tiny hollow “tube,” and so it can be spliced by someone who is good with knots to create its own loop or even to have another line inserted into it. If you ask a fly shop to set up your reel with backing, a line, and a leader, they will most likely do a good job with knots and use those knots that are best suited to the line and style of fishing you’re engaged in.

Lastly, you may see backing available in colors other than the standard white. While it’s entirely a matter of personal preference (orange backing can look pretty cool when loaded onto a ported reel), some anglers like to be able to locate their backing in the water or even see a contrast between backing and fly line so they can easily tell how far out their fly line is.

Video Extra: How to Set Up a Fly Reel