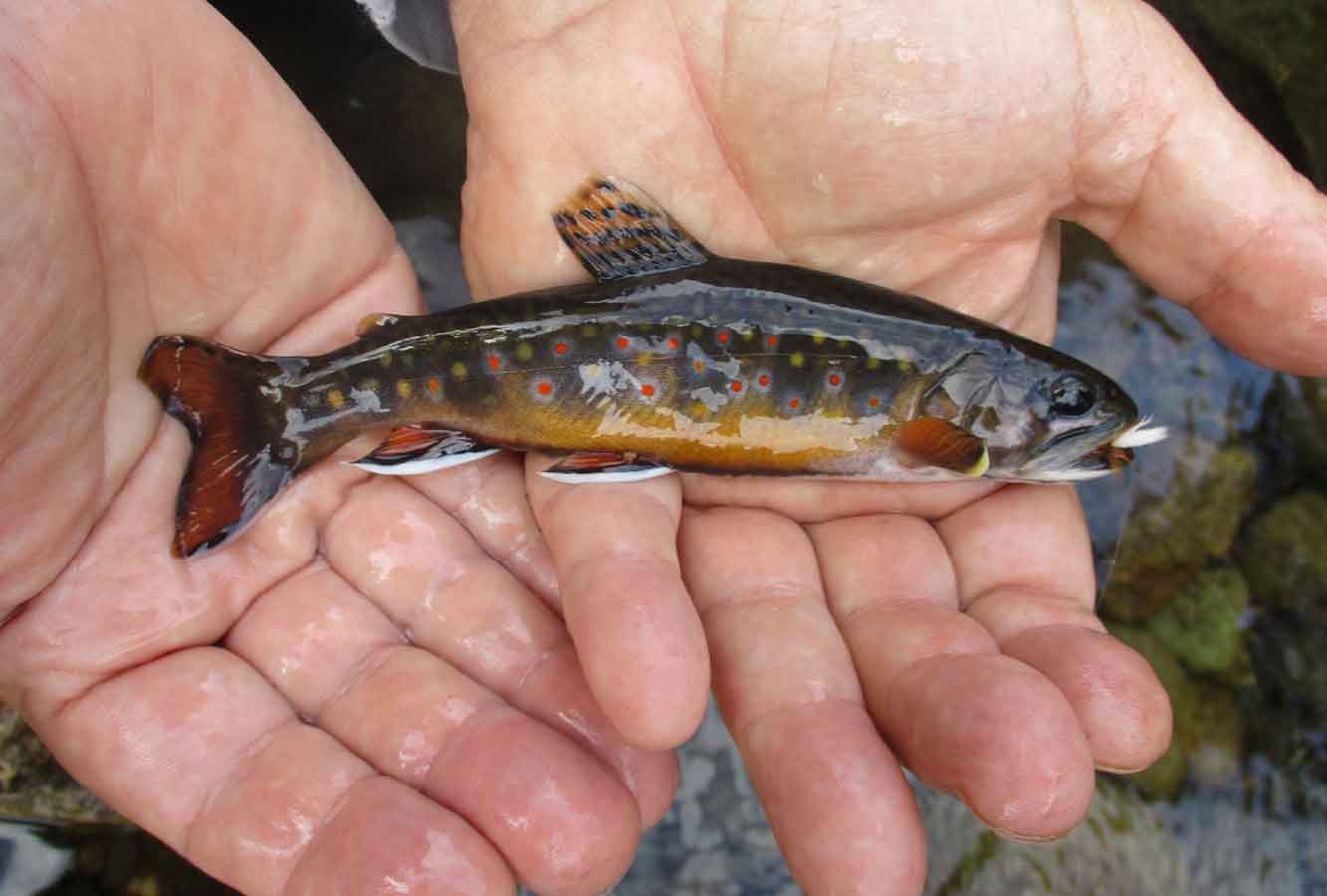 While July may be a month for tall glasses of lemonade and August a time for corn on the cob, melted butter dripping down the sides, September is a month of transition. Summer may be over, but fall has yet to truly begin.

Little rain falls during September and the air is often still. The trout of Bonnie Brook remain languid in water as skinny as a young woman’s jeans. To catch a fish during this time of year, an angler must cast his flies “far and fine,” advice first given by brother Cotton, in his contribution to father Walton’s fifth edition of The Compleat Angler. Although Cotton’s fly line was comprised of braided horsehair rather than nylon coated PVC, and his rod constructed of lancewood instead of graphite, his words remain as true today as they did when first written one hundred years before our nation declared its independence from England.

As the month progresses, I find myself looking forward to those first weeks of October when brown, tan, and muted-orange leaves hint at the main event that will culminate in a canvas painted in varying hues of gold, orange, and scarlet. Invariably, rain will accompany this change in season, and with it, the current of Bonnie Brook will be refreshed. As the temperature drops, rainbow trout will once again slide into the stream’s riffles, runs, and plunge pools. Shy throughout the season, brown trout will become more aggressive, seeking to put on weight before winter’s semi-hibernation and as October nears its end, the stream’s brook trout will begin their spawning ritual.

In many states, the end of September brings with it the official close of the fishing season, but since the State does not stock the little stream, the fishing season closes when my fingers are too numb to feel the fly line, which usually does not occur until sometime in December.

I spend much of October splitting billets for next season’s stove and freezing soups cooked with the last of our garden’s vegetables. But after a week of on-and-off-again rain, I put aside the maul and ladle and slide the hood of a rain jacket over my baseball cap. After buckling hip boots to my jeans, I drive into the hills where the color of the hardwood trees is muted by the fine mist. Stopping at the little bridge that crosses Bonnie Brook, I’m happy to find the current running high, but clear.

Although brown trout dominate the lower pools and runs of the stream, and rainbows its middle section, brook trout call the upper reaches home. I usually fish these headwaters in March and early April when the winter’s snowmelt and spring storms raise the water level, but with this late-in-the-season rain, it’s worth exploring.

A deer path leads down to the stream. As I tramp down the narrow trail, tall grass, dampened by the rain brushes against my until I reach the two narrow ribbons of dark water that merge to comprise the brook’s main current. The origin of each tiny tributary is a different pond—one, a few hundred yards to the north and the other, a half-mile or so to the east.

Clouds press down as the mist periodically turns to light drizzle. The smell of the damp earth and decaying leaves is strong as I tramp alongside the stream. It mingles with that of lichen, moss, and the duff of the hemlock forest through which the upper stretch of the little brook flows.

Over the last few years, the hemlocks that once grew to over one-hundred-feet tall, have collapsed across the forest floor like a set of Tinker Toys. In some cases, limbs have cracked while in others, entire trees have been uprooted. Roots are raised twenty or more feet toward the sky. Spindly branches stretch along broken limbs like the spines of ancient dinosaurs.

Rather than an asteroid or some other cataclysmic event, the destruction of these trees has been caused by the introduction of an exotic beetle that sapped their strength, making them unable to withstand the extreme-weather events we’ve experienced with increasing frequency. It’s a discouraging sight, for these regal monarchs of the forest have sheltered the little brook, their shade keeping temperatures down, their roots reducing siltation. In this manner, they’ve protected the habitat of the stream’s wild population of trout.

With the brook’s width no more than a yard or two across, I’m able to hop from one moss-covered boulder to another. The current is running high as I pick my way around, over, and through the downed trees. My first few casts are awkward, but I manage to avoid the outstretched branches.

When the fly settles upon the current, a tiny brook trout rises to grasp it, the fish no longer than my pinkie. The shoulders of the miniature trout are as dark as the gloom that pervades the doleful forest, its flanks as bright as the maple leaves that flutter down from the trees in the woodlot behind our home.

A few moments later, a second fish flashes in a shallow riffle when I strike too soon. On the next cast, another trout, a few inches longer than the first, grabs the fly. Over the next hour, a number of fish rise to my offering. They do so, not out of ignorance, but from necessity, for there are few hatches from which to select an offering and the spritely current is not conducive to close inspection.

At some point, a chaos of limbs and branches becomes an impenetrable barrier, and I’m compelled to hike in wide arcs around the tangle of decaying trees. Returning to the stream, I inch my way across the trunk of a fallen hemlock. After lowering the tip of my rod toward a pool deeper than the rest, I skitter a fly across the surface until it’s lost in a sudden boil. The severity of the strike takes me by surprise. With difficulty, I’m able to play the fish while continuing to straddle the tree. The palm-sized brook trout is larger than those I’ve previously encountered, perhaps six, maybe seven inches, from nose to tail. The fish’s jaw is hooked, with all the color of an autumn landscape splashed across its side.

Eventually, the tangle of wood becomes too much, but before turning back, I approach three trees, their roots loosened at the top of the ridgeline high above the far bank, trunks falling across the stream, crowns reaching the near side where I crouch between the broken branches and split limbs. I try one last cast.

The run that slides along the side of the ridge carries my fly under the trees where another trout splashes through the surface. After a brief struggle, the fish comes to my hand. Although as brightly colored as the others, I notice a wound on its back, a cruel reminder of the Spartan conditions, with which the fish of Bonnie Brook must contend. Whether inflicted by a kingfisher, perhaps a heron, or maybe a snake, I have no way of knowing.

Releasing the little warrior, I hobble back through the maze of downed trees. Although saddened by the loss of the hemlocks and concerned for the stream they once protected, I have faith in these wild trout that abide despite the odds.

Cast With a Purpose