In the Land of Nod 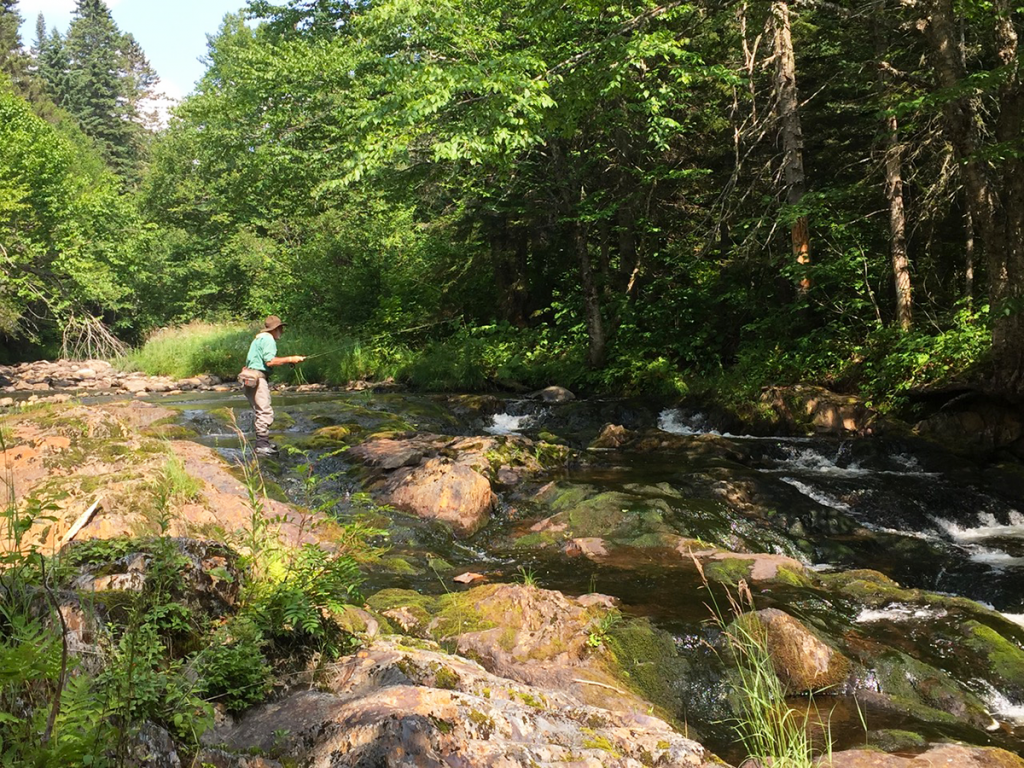 Bonnie Brook is as much a state of mind as it is a clear running stream that is home to a wild strain of trout. It is always with me. Perhaps after all these years, it’s become a part of me. Lying in bed, I can sometimes hear the roar of its current after an early-spring spate, or the cheerful laughter of its runs when the lilacs are in bloom. Sometimes I’m lulled to sleep by its muffled sighs heard during high summer, a time when moss-covered boulders appear above the sluggish riffles as the stream recedes leaving behind russet-colored shoals. 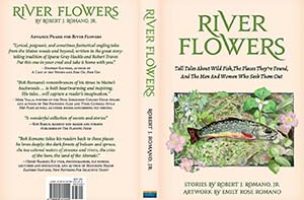 Lingering long after I’ve chucked my hip boots in the back of the truck are the memories of the dark run that flows through a grove of rhododendron. The quiet backwater shielded on both sides by barberry and wild roses. The set of plunge pools dropping like stairs as if from heaven’s gate. The bend pool sweeping around an old pin oak and, just downstream, the run with the undercut bank that holds a brown trout that has resisted all efforts to pique its interest in my flies.

You might find me casting a fly upon it’s surface while staring down at this laptop or seated beside our woodstove as a mixture of hail and snow pelt against the window, most certainly while stalled in rush-hour traffic.

But during all the times and in all the places, there is one, more than all the others where I’ve found the fish most willing to come out of their hidey holes to play tag with one of my misshapen balls of fur and feathers. It is known as the Land of Nod, best described by Robert Louis Stevenson in his poem of the same name.

From breakfast on through all the day
At home among my friends I stay,
But every night I go abroad
Afar into the land of Nod.

For it’s on my nightly wanderings through that strange and mysterious land where I have found the weather never finer, the stream always inviting. In that land known as Nod it is always May, that sweetest of months, when the scent of honeysuckle and wild rose permeates the air. The trees and bushes are always leafed out, casting a protective shield over the stream’s inhabitants while the hillsides are aglow with sunshine. The birds of field and forest—warblers, thrushes, and finches—fill the air with their song while woodpeckers hammer away and phoebes make their nests of reeds and mud leaving chickadees and titmice to gossip about their neighbors. There may even be a flash of color as a redstart or yellow throat flits across the sun-dappled riffles.

Along the edges of the shore, frogs stare up from the stream’s surface while on the banks the next generation of the forest’s inhabitants have yet to leave their mothers’ sides. On some visits, I might happen upon a trio of cubs tumbling through the hardwood trees under the protective stare of a watchful sow. On another it may be four kits ambling along in single file behind mama-skunk that I encounter or a set of newly born fawns, the twins frolicking not far from a weary, but tolerant doe.

All by myself I have to go,
With none to tell me what to do–
All alone beside the streams
And up the mountain-sides of dreams.

In that faraway place found only upon day’s end, the trout dimple the surface forever looking upward to take their meals. My backcasts never catch on a branch or bush. My loops are always tight while my line never drags, presenting the fly as innocently as a newly born babe to its parents.

As frisky as the fawns, brook trout rise to grab my Adams only to plunge toward the bottom, the fly clasped in the corner of their jaws. Rainbows, after zigging then zagging, splash through the surface, their crimson sash glistening with moisture. Even brown trout, those moody creatures, leave their obstinacy in the waking world here in Nod rising without suspicion.

Although I enjoy those outings in that land beyond imagination, I am happy to wake each morning knowing that my next visit to the little stream may find the gnats biting and the winds blowing, the current too high or perhaps much too low, the fish turned fussy, snubbing every effort at my selection of flies. For however uncertain, there remain lessons to be learned, a trick or two still to be played. But most of all, a surprise waiting around the next bend.