“Close Encounters of the Natural Kind” 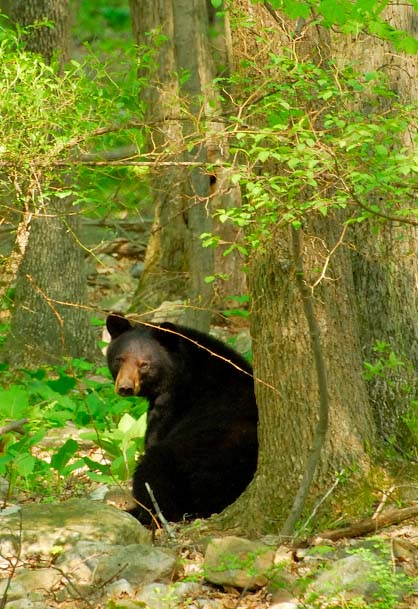 Seated here beside the woodstove, rain mixed with hail pinging against the windows, I’ve been thinking about Thoreau’s statement that “Many men go fishing all of their lives without knowing that it is not fish they are after.” Izaak Walton certainly knew this. That may be the reason his book has endured down through the centuries.

In those beautiful environs—whether trekking to or from the stream, hiking along its side, or wading through its waters—you’re sure to encounter an interesting character or two. Now I don’t propose you stop to flirt with a lovely milkmaid as Father Issac had the pleasure of doing. (If so, be prepared to make a run for it when she texts 911 on her smartphone) Nor do I suggest catching a mermaid as the good judge alludes to in the latter half of his 1964 Testament. (If you do, don’t be surprised if some government agency with a bunch of letters in its name whisks you off to an undisclosed location). No, I’m talking about encounters with those four-legged animals that live streamside.

Just last August, I was wading down South Bog Brook, one of countless streams slipping unnoticed through the North Woods of Maine, when I heard the high grass rustle along the far bank. I stopped, expecting a deer or perhaps a moose to break out into the stream, but instead was surprised to spy a young coy-dog peering over a tall clump of Joe-Pye weed. No more than ten feet away, the inquisitive animal sniffed the air while standing on its hind legs, front paws in the air, seeking a better view. When I took a step, the canine yipped twice before disappearing back into the forest.

On an afternoon in early July, I’d been wading up Wiggle Brook, another mountain rill, this one falling off western Maine’s side of the Boundary Mountains. I’d been taking native brook trout with my go-to dry fly—a pheasant-tail with a parachute wing and calf-tail post. It was an unfair contest, the palm-sized fish rising to inhale the innocent-looking pattern on every third or fourth cast. Having spent the better part of that afternoon drifting the dry fly through the sun-dappled riffles and into the many plunge pools that characterize this stream surrounded by balsam and fir, I decided to take a breather.

While seated on the trunk of a fallen spruce, I noticed a splash below a boulder in the middle of the stream. Looking closer, I watched a red squirrel bob to the surface. I thought of wading out to help the poor bugger, but a moment later watched as it doggy-paddled toward the limb of a tree that had fallen into the water. After climbing onto the large branch, the cheeky rodent shook from side to side, water spraying from its russet-colored fur. Now what? I thought, but then the intrepid traveler slipped back into the stream and swam the final twenty feet to the far bank. Who knew squirrels could swim?

A similar incident occurred while I fished the West Branch of the Delaware, downriver from the town of Deposit, New York. I’d been sight casting a #20 soft-hackled nymph with reddish-orange dubbing to large brown trout that were plucking sulpher nymphs from the fast water in front of the cabins of the West Branch Angler, a sporting lodge I frequent when in the area. I noticed movement some forty yards or so below me. Something had been attempting to cross the long, slow run that lies below the cabins.

At first, I thought it might be a muskrat. I’d once spent a frustrating afternoon casting the tiniest of tiny blue-winged olive emergers to a single brown trout that continued to rise under the branches of a large willow tree while one of these rodents kept me company. As I switched from one fly pattern to another, the spritely rat repeatedly swam to a lodge it had built under a massive limb split from the willow’s trunk, each time carrying a mouthful of reeds clasped between its jaws. 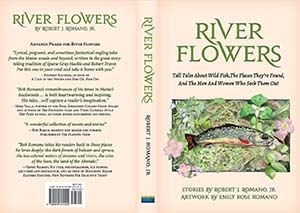 Leaving the trout to dine on the sulpher nymphs, I reeled in and waded out of the fast water, deciding to investigate the little ball of fur that was making negligible progress against the sluggish current in the lower run. Drawing closer, I found that the fur ball was a tiny rabbit that must have slipped off the high bank. The cottontail was about done in, having gone under more than once as I waded down the pool. It took a few more minutes, but I managed to work my way below the animal that now pressed against my thigh. We were still thirty or more feet from shore when I slipped my hand under the poor creature that appeared more than happy to allow me to do so.

A few moments later I was seated beside the rabbit on a grassy knoll. I’d never seen such a sorry sight, the bedraggled thing lying on its side, heart pumping wildly, lungs breathing overtime. After some time, the little guy, or gal, one never knows with rabbits, shook off the remaining water and began preening. When I rose to my feet it hopped away, soon I’m sure, to slip under the wire of the lodge’s vegetable garden.

This was not my only encounter with a streamside rodent. More than a dozen years ago on a rainy afternoon in June, I’d been wading down Bonnie Brook, a stream not far from my home in northwest New Jersey. With a rain jacket zipped over chest waders and a hood pulled tight over my cap, I’d been in the zone while casting a gold-ribbed hare’s ear. Twitching the wet fly each time it sunk under the surface had provoked a number of the stream’s brown trout to come out of their hidey holes. After bending forward to release one such fish I looked up to discover a tiny field mouse, no more than a foot or so away, trying to stay dry while seated on its haunches in an indentation along the bank. Its beady black eyes stared back at me as if to say, “move on, nothing to see here.”

Time does not permit the story about the flying squirrel too fat to fit its backside into the hole of a bluebird house, or the one about the wood turtle found dozing after a flash flood in the branches of an alder some ten feet above the stream’s surface, or the fox kits that each morning popped their heads out of a den dug into a hillside beside our seasonal cabin, spending their afternoons entertaining my wife and I with their playful antics.

Instead, I’ll close with an afternoon some three years ago. I was wading up Devil’s Hole, a fast-moving streamlet in northeastern Pennsylvania. It was a lazy day in August, the sun high in the sky with only a slight breeze. The branches of swamp maple and those of tulip trees cast shadows over the little steam’s surface, and although the temperature had slipped into the eighties the current was cool against my calves. I was wearing hippers and one of those lightweight shirts made of some type of parachute-like material while teasing ten-inch wild brown trout with a black-ant pattern, the big, bushy fly making a loud splash whenever it plopped upon the surface.

Stooping to wet my neckerchief, I heard a strange noise coming from a grove of rhododendron. Scanning the far bank I spotted a large black bear, its back toward me. Seated on the trunk of a fallen tree some twenty feet away from the stream, the bruin’s massive shoulders were bent forward.

After reeling in my line, I debated whether to advance while continuing to hear the sound that first drew my attention to the bear, something akin to a handsaw cutting through wood. Although doubting the wisdom of proceeding forward, I nevertheless advanced, staying in the middle of the stream, ready to turn tail at the slightest indication of trouble. After passing I looked back over my shoulder to find the bruin’s eyes closed, snores emanating from his long brown muzzle.