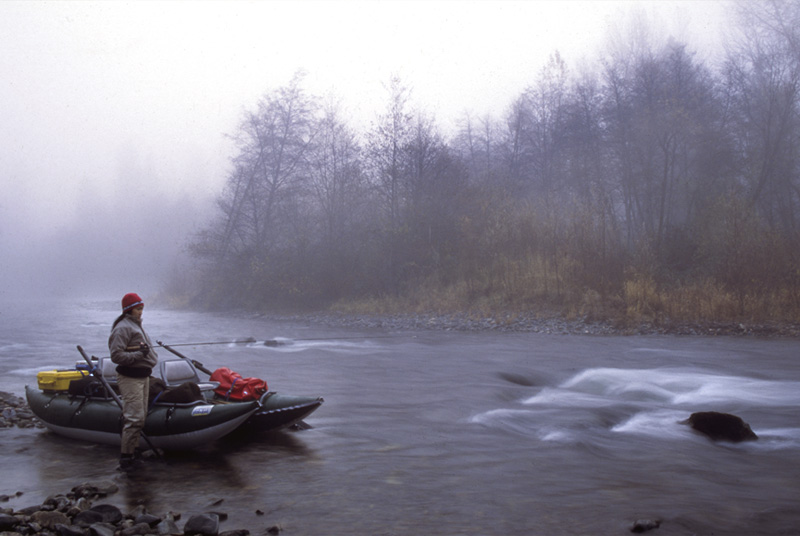 John Sherman grew up in Visalia, CA, where he learned how to fly fish through Buz’s, the local fly shop, at the age of eight. It was here that a passion for fly fishing was sparked and by age 16 a camera accompanied him on every fishing excursion. John’s hobby has turned into a career, and his images have appeared in Field and Stream, Fly Fisherman, California Fly Fisher, North West and South West Fly Fishing, Fly Fishing in Saltwaters, and The Drake, as well as in many product catalogs. While attending Chico State John worked at Powell Fly Shop and guided on the Feather and Sacramento Rivers for steelhead and salmon. He is also a fly fishing sales rep for many of the top fly fishing manufacturers, including Sage, Simms, Umpqua, Rio, Smith Action Optics, Tibor, Outcast, and Redington. John lives with his wife Natih, daughter Kalum, and dog Portis in Discovery Bay, CA, on the San Joaquin Sacramento River Delta. Both John and Natih can be seen on film. Natih was a featured model last fall in the Bahamas for Simms and John is one of the stars for the upcoming film by Howard Films “Bass the Movie.”