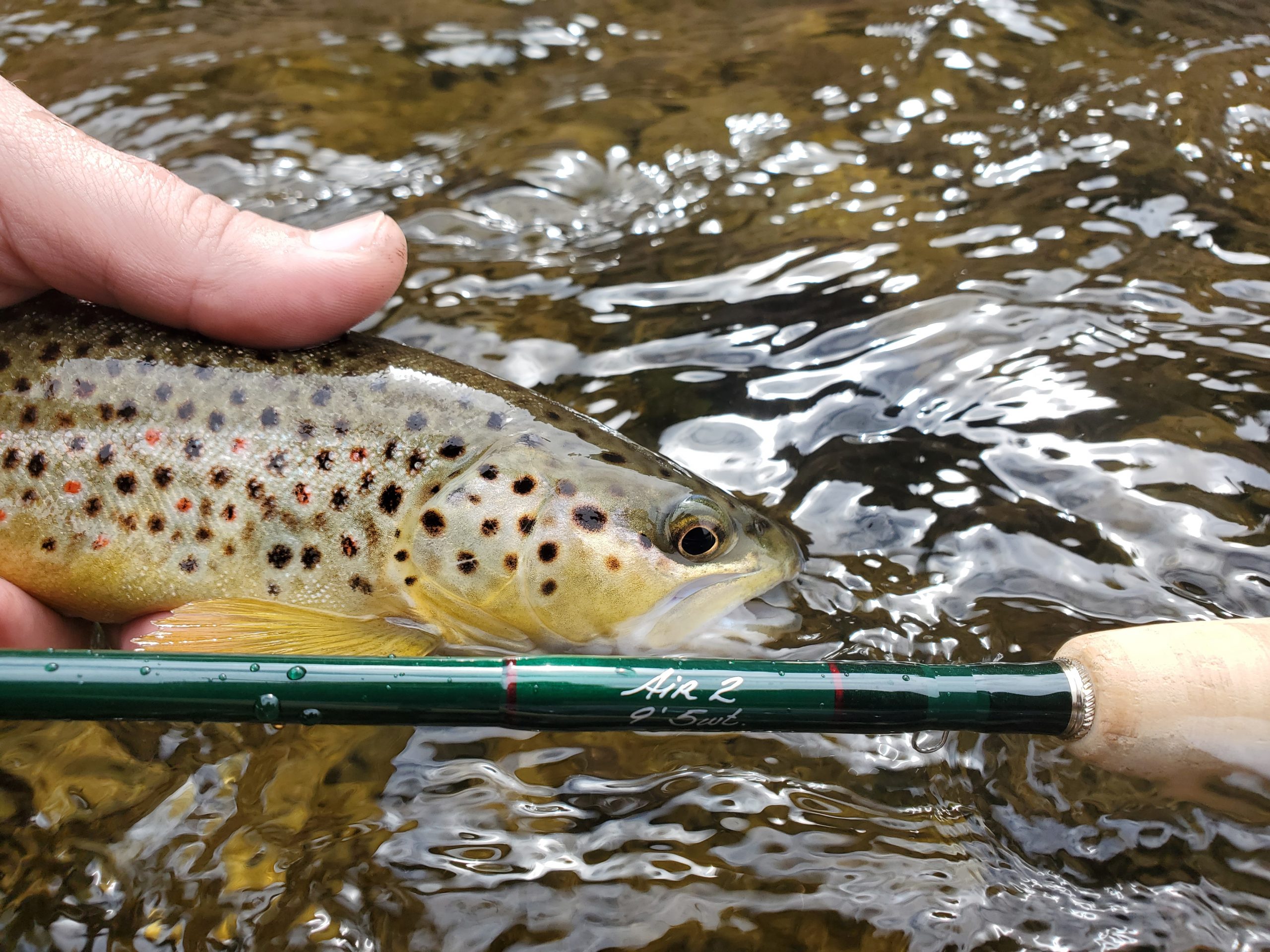 Where do I begin with this review? Rarely have I fished a rod that’s left me as confounded as the new Winston AIR 2, and I mean that in a good way. Bear with me while I set the stage a bit.

This rod is the updated version of their flagship AIR line, which was introduced to replace the B3x series. The B3x rods are what I consider to be Winston’s best production rods ever.

For a good long while, I didn’t find a modern Winston series that fished better than my trusty old 9′ 5wt B3x. My collection of Winston models is large, ranging from pre-IM6 graphite, to a Tom Morgan Favorite, to a 6’6″ 2wt WT. Each rod is fantastic at one thing, but only one of them is a truly versatile, do-everything trout rod. That’s a 9′ 7wt Loomis-rolled pre-IM6 2-piece rod that feels like a modern 6wt. Even so, that rod has its own, albeit slight, failings.

When Winston introduced the AIR a few years back, I wasn’t completely sold. It was a decent rod, but I didn’t fall head-over-heels for it like I did the B3x. It felt like the folks in Twin Bridges had tried to cater too much to the general crowd in fly fishing that demands a do-it-all rod, instead of playing true to Winston’s strong suit – making high-end, light, wonderfully smooth casting dry fly rods.

It’s light. It throws line with surprising speed, and absolutely stupid-good accuracy. It’s casting stroke tracks straighter than any other Winston I’ve fished, and straighter than some of the other flagship rods on the market right now. Swing weight is virtually non-existent. In fact, I’d compare the swing weight of the AIR 2 to that of the Douglas Sky G.

So why do I call this rod confounding?

Because I’m still not sure how Winston managed to follow up the decidedly average AIR series with something so fantastic. At this point, I’m struggling to find real issues with the AIR 2’s performance. Other than its price tag, this rod should go down in fly fishing as one of the all-time greats. Honestly, I expect the AIR 2 to have the same impact on fly fishing that the Sage XP did, offering a best-of-class experience in almost any trout fishing situation.

Let’s take a more in-depth look at why I feel that way.

I can’t find any info on just how light the AIR 2 is, but it’s noticeably lighter in-hand than the B3x. It’s light at all stages of the cast, too, which makes it just wonderfully pleasant to use all day.

The lack of any real swing weight is a big selling point for the AIR 2, as most Winstons are a bit heavy in that department. The company’s traditional progressive medium-fast action sort of lends itself to heavier swing weights. The AIR 2 bucks that trend, and it’s just plain fun to cast. 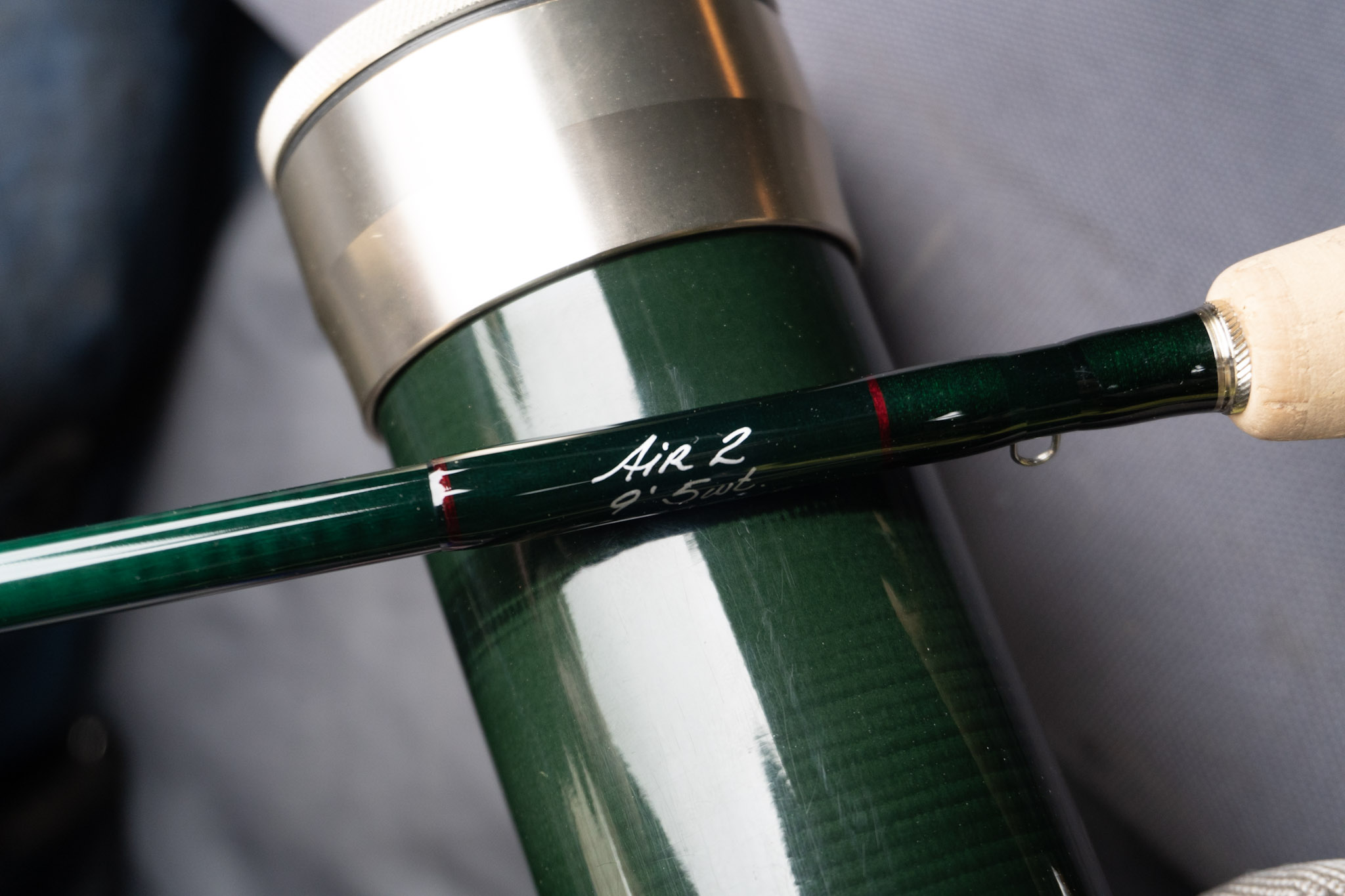 Accuracy is largely on the angler, but some rods offer help with more accurate presentation than others, due to how they’re built. Rods that track straight, dampen quickly, and have little oscillation will cast more accurately in a competent angler’s hands.

Winston packed a bunch of new features into the AIR 2 that address accuracy. The company is now using “S-2000” graphite, which is higher-modulus than previous graphite blends. That leads to quicker recovery speeds and less oscillation.

In addition, Winston changed the Boron pattern, which is used to strengthen the graphite and provide some backbone. Finally, the company is using a new resin that reduces weight and increases the strength of the bond between layers of graphite.

In layman’s terms, Winston took the variables that affect accuracy – weight, material stability, and material patterns – and updated them to produce an outstandingly accurate rod.

In a 9′ 5wt, the AIR 2 packs more of a punch than I expected. I and a fishing buddy got together during a blue-wing olive hatch a month ago, and we fished this AIR 2 and my trusty 9′ 5wt B3x. Every few fish, we’d swap rods to compare.

The AIR 2 felt like the B3x, but better. More accurate, lighter, and surprisingly, it threw line with more backbone than I expected. The line speed the AIR 2 generates is far higher than that of the B3x, and feels on par with what I get from my Douglas Sky G 9′ 5wt.

Throwing three flies wasn’t a problem with the AIR 2. Long leaders turned over with ease. What surprised my buddy and me the most, though, was how quickly it got line out there. The AIR 2 powers line, but doesn’t feel like a crazy fast-action stick.

Also of note is how well this rod mends. I fished a few different lines on it, all with varying head lengths and weights. The AIR 2 mended everything like an absolute dream. It felt like I was mending a double-taper line with a Sage ONE, but with more feel in the tip than the ONE ever had.

No review of a new Winston would be complete without mentioning how it handles light tippets. After all, Winston built its name on building exceptional dry fly rods.

The AIR 2 handles small flies with the delicacy you’d expect from a Winston. I fished size 24 midge patterns in low water, and was impressed with how softly those tiny dries laid down.

When I hooked a fish on those tiny flies, my 7x tippet wasn’t under undue strain. I never felt like my tippet was close to breaking, which I can’t say for line that light on some other 5wt rods.

So, if you’re fighting big fish on lighter line, or hook an absolute hog on 5x, don’t worry. The AIR 2 has a soft, supple tip that absorbs tons of the impact, preserving the life of your tippet.

I know I extolled the AIR 2’s line speed and power earlier, and I meant it. But against stiff headwinds, I couldn’t get the line speed and power to work against the wind as well as I’d like. That’s likely more a remark on my casting skills than anything else, but I felt it was worth mentioning.

Really, the only big knock I have against the AIR 2 is its price tag. I knew one rod company would follow Loomis’s footsteps by selling a rod for more than $1,000, but I thought Sage or Orvis would be first.

The rod is, though, a great piece of fly fishing gear. This will ruffle feathers in the crowd of folks who think Winston’s best rods were the IM6 ones, but the AIR 2 is the best rod Winston has built in its 91-year history.

With that said, I think the positives outweigh the negatives here. If you’re looking for a top-of-the-line, do-it-all rod, you need to visit a fly shop and cast an AIR 2. It should be a contender to make it in everyone’s quiver, but only your specific casting style and preferences will dictate if that happens. Personally, though, I’d be surprised if the AIR 2 doesn’t sell exceptionally well. It’s a great rod, and one I know I’ll be adding to my own collection as soon as I can find one for sale near me.