Is There a Secret to Untangling Knots?

Question: You’ve written several pieces about which knots to use for terminal tackle, but nothing about the other kind of common fly-fishing knots: the unintended ones you create because of wind or bad casting. A guide once told me that about half his job was untangling other people’s knots. Are there any secrets to the process? 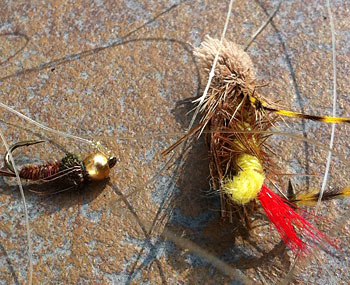 Answer: Well, I don’t know about secrets, but there are certainly some untangling strategies that I learned during my guiding days. That said, when it comes to tangled leaders, I’ve always divided anglers into two camps: cutters and untanglers. Cutters believe that anything but the simplest tangle isn’t worth bothering with, so instead they simply cut above the knot and re-tie the leader. If you’re good with leader knots and have an endless supply of monofilament, this might be a good strategy.

Untanglers—a group to which I belong—see every knot as a challenge to be met head-on. The exception to this rule is that rising fish demand a speedy solution, even if it means cutting a tangle you could undo if you had the time. Rising fish wait for no man.

That said, here are some strategies for detangling your leader.

All of these strategies aside, the best way to deal with tangles is to try not to create them in the first place. That means you must work on becoming a better, smoother caster.