I’M NOT A TERRIBLY BIG BELIEVER in “river karma.”  People catch fish because they make good casts, and they choose the right fly, and they know how to make a perfect drift.  The “zen” of fishing—finding meaning in the moment and all that—are best left to deeper thinkers than myself.  I really don’t believe “being in the perfect mind space” leads to any more hookups than a pure shot, with the right bug. 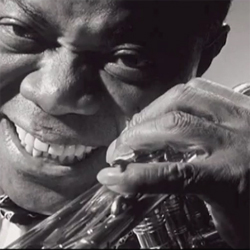 Of course, there is that weird phenomenon when you’re intently fishing a run, and the minute you turn to talk to your fishing buddy and… bang, the fish eats the fly, as if you turned off the electrical current that goes down the rod, through the line, and to the fly.  I don’t know why that happens, but it inevitably happens to most of us.

Having said that, I will add that I never understood (nor appreciated) the antics of an angler who hooks but loses a fish, only to spout a string of F-bomb-laced expletives.  C’mon man… it’s a game.  Played for pure enjoyment.  And you’re matching wits with a creature that has a brain roughly the size of an almond.

Likewise, I’m not too keen on the hoots and hollers and the Deion-Sanders-touchdown dances at the front of a drift boat, by those who catch a big fish and apparently want to let everyone within a half-mile radius know it (way to go… you beat “almond brain”).  Seems to me a good angler might want to act like they’ve been in the end zone once or twice before.

I will say this:  Anglers who appreciate the experience, enjoy the surroundings, and savor the very fact that they’re doing something that 99.99% of the rest of the world’s population have no way to appreciate—or can only dream of doing—tend to catch more fish and get more out of the day.  When you’re smilin’ the whole fishing world smiles with you.  And when you’re all tensed-up, the only person you’re hurting is yourself.  When you launch into a tirade, you ruin it both for yourself and everyone around you.

And guides: one of the best lessons you can impart on the “type-A” client is to call “time out” when things go (literally) foul.

There’s a real performance variable involved here.  Take golf, for example.  For the guy who shanks his drive, or pulls his putt, or blows up on a round, does the tirade ever pay dividends?  No, the angry shanker is going to grip his club harder, swing more wildly, and make a worse shot next time.

Maybe the greatest example of poise and perseverance in golf was recently shown by Rory McIlroy, who had a commanding lead going into the final round of the 2011 Masters.  He “blew up” and lost, owned his failure like a man, and said he knew he’d have other opportunities… then came back and stomped the field in the very next major, the U.S. Open.

There are too many fish in the sea—or river, as it were—to let anger take control.  Smile more.  Appreciate what’s really going on.  Value the uniquely beautiful experience that fly fishing affords, whenever, wherever you are lucky enough to be enjoying it.  And I absolutely, positively, promise that will not only lead to more mutual enjoyment, it will also help you catch more fish.