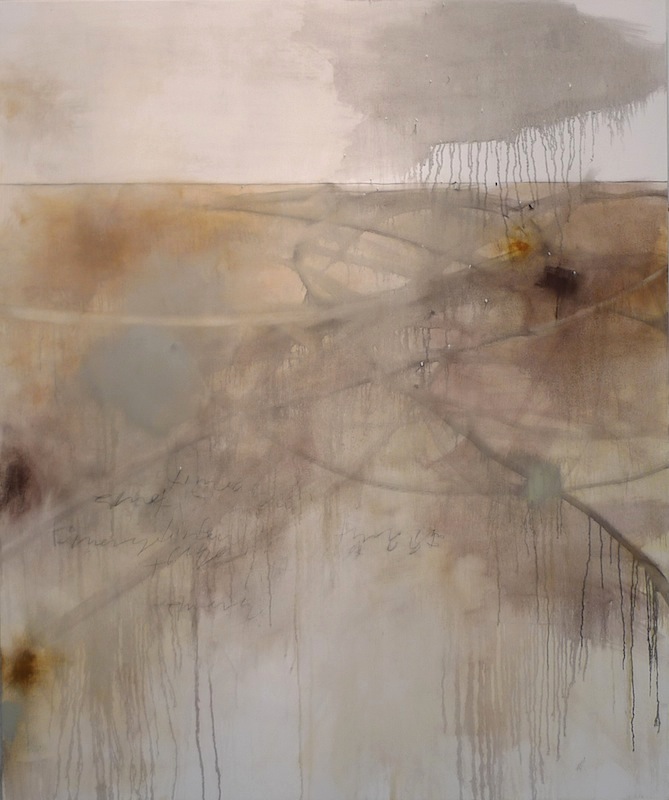 Steven Seinberg was born in Brooklyn in 1969 and studied art at Georgia State University and the Atlanta College of Art.

He works in both mixed media on paper and oil and graphite on canvas, which is the medium he chooses for his remarkable absract works related to fly fishing. He is also the art director for Southern Culture on the Fly, a quarterly online journal documenting the vast fly fishing opportunities in the U.S. southeast.

Seinberg’s art is in many private collections and galleries across the U.S.

“Seinberg’s art communicates in a mysterious, unobtrusive manner, speaking subtly and instinctively. Because the various elements within his pictures are determined by what he intuits at each moment of the process of creation, every aspect and phase of his work fades in and out of the paint almost imperceptibly.”

“Like the seeping of water into layers of planted soil, the thin washes of color in Seinberg’s canvases penetrate imagery of seeds and pods, acknowledging the primal impulse of all natural life to regenerate.”

“To be touched by this work is not unlike experiencing a subtle glance, or a faint whisper held under the breath, or the wind’s light kiss on your cheek.”

“What could at first glance appear monochromatic actually plays within a complex spectrum of color. A poet as well as a painter, Seinberg intricately explores that which is left unspoken in his paintings.”

“Beautiful. This seems almost magical.  It takes me to a place that is almost innocent or pure, like the instant you awaken from sleep, the moment before you are completely conscious.  Before life hits you like a ton of bricks in the form of awareness.”

“Steven Seinberg has forged an impressive international following over the past fifteen years and captured the imagination of a whole new generation of collectors. His work can best be described as “atmospheric abstraction” in that it is exquisitely delicate and – at the same time – very powerful and dramatic. His palette is essentially monochromatic and references the natural universe and its primal prerogative to regenerate among all life forms.”