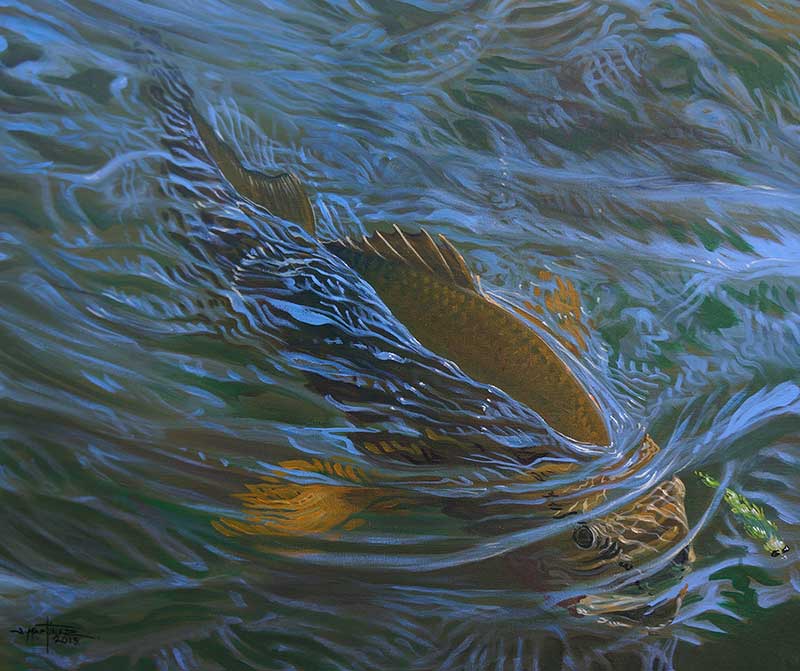 Jorge Martinez was born in Miami, Florida in 1978. Growing up in south Florida, Jorge took a major interest in the ocean and its creatures. Shortly after attending The International Fine Arts College, Jorge began his career as a marine artist.

When Jorge is not painting he is out pursuing these great gamefish in their natural environment. All his work is inspired by his days on the water. Living in south Florida gives Jorge the ability to study his subject and interact with them in their natural habitat.

Jorge’s artwork has been used as trophies in the Florida Keys’ most prestigious inshore tournaments, such as the Redbone Celebrity Series, The Don Hawley Tarpon Tournament, and The Bonefish All-Tackle.  It is also in many private collections.