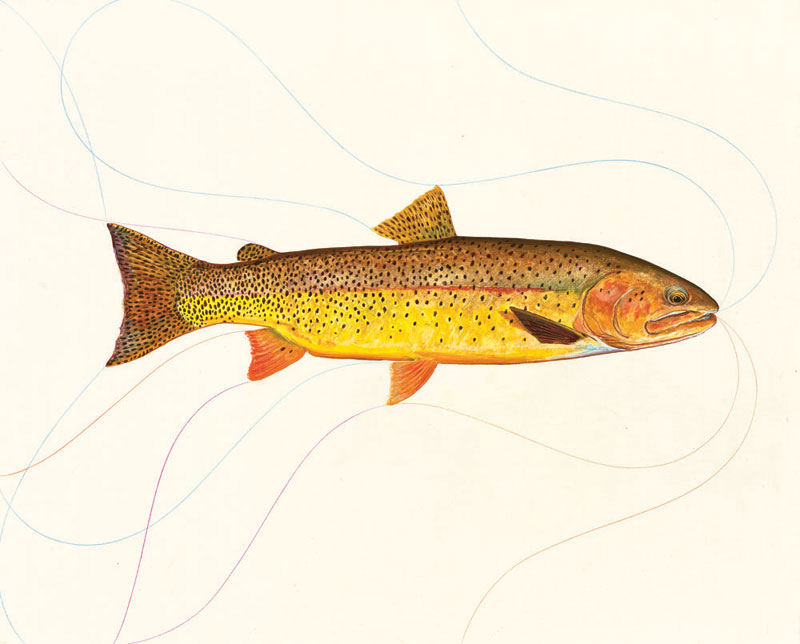 Artist, writer, activist, and Yale graduate James Prosek made his authorial debut at nineteen years of age with Trout: an Illustrated History (Alfred A. Knopf, 1996), which featured seventy of his watercolor paintings of the trout of North America. Prosek has shown his paintings with the Gerald Peters Gallery, New York and Santa Fe; Meredith Long Gallery, Houston; as well as with Wajahat/Ingrao, New York, the d.u.m.b.o. arts center, Brooklyn, Reynolds Gallery, Richmond, VA and the Aldrich Contemporary Art Museum in Ridgefield, CT. Prosek has written for The New York Times and National Geographic Magazine and won a Peabody Award in 2003 for his documentary about traveling through England in the footsteps of Izaak Walton, the seventeenth-century author of The Compleat Angler. He co-founded a conservation initiative called World Trout in 2004 with Yvon Chouinard, the owner of Patagonia clothing company, which raises money for coldwater habitat conservation through the sale of T-shirts featuring trout paintings. His book Eels: An Exploration, from New Zealand to the Sargasso, of the World’s Most Amazing and Mysterious Fish, will be published by HarperCollins in September 2010. He is working on a book of paintings of Atlantic fishes for Rizzoli and a project about naming nature.

Prosek is a curatorial affiliate of the Peabody Museum of Natural History at Yale, and a member of the board of the Yale Institute for Biospheric Studies.