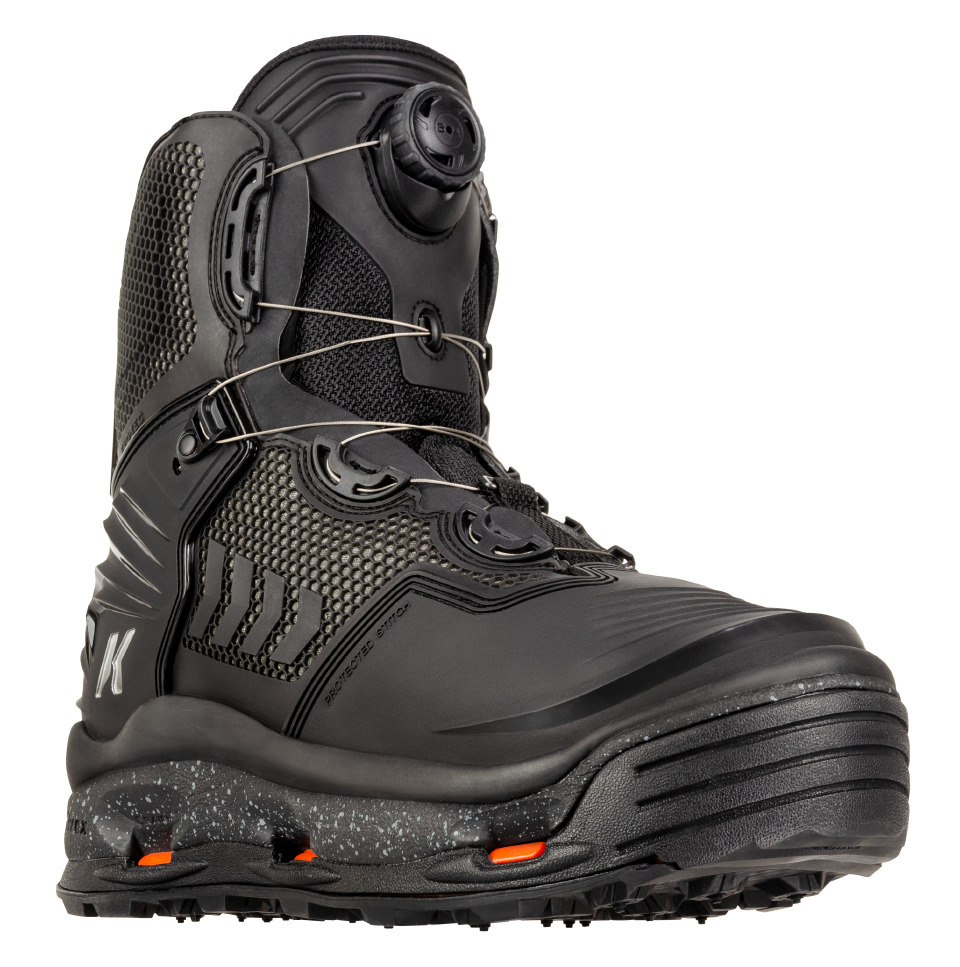 Korkers made waves recently with the launch of their River Ops wading boots. They’ve been well-received, and for good reason. They’re a solid, dependable product that’s among the best set of boots Korkers has ever built.

And Korkers isn’t content to rest there. Today, they announced the addition of BOA-equipped River Ops boots to their lineup. Below is a press release from the company.

Korkers® Footwear, a brand synonymous with unique, problem-solving innovations, is following up on the highly successful launch of the BOA River Ops™ wading boot with the new River Ops™ BOA.  Similar in styling to its predecessor, the new guide-caliber boot is equipped with the BOA M2 fit system making it easier than ever to customize the fit with a simple twist of the dial.  This new design will allow you to get where others can’t because of its unmatched level of durability, stability, and comfort. The new River Ops™ will be available in stores beginning January 2022.

“The original inspiration for the River Ops™ was to create a guide-caliber boot with a level of durability, stability, and comfort never before seen in water-specific footwear.” says the Director of Product, Mark Reilly.  “The River Ops™ BOA was the next step in the evolution of this product to answer the calls of guides and hard-core anglers who have become accustomed to the ease and performance the BOA lacing system offers.”

The exceptional durability of Korkers’ River Ops™ BOA boot is rooted in the Exo-Tec™ technology, a molded exoskeleton of protective armor with zero exposed stitching. Not only does the Exo-Tec™ upper fend off abrasion from sharp rocks, its flexibility allows for a high range of motion and athletic movement.  An enhanced TPU heel counter offers additional stability and protection while the unique internal Ankle Wrap™ provides excellent ankle support and comfort. Korkers Internal Drainage system quickly purges water and keeps every step feeling light and agile, while the BOA lacing system allows for a custom fit and an easy exit at the end of a long day on the water.  Last, but certainly not least, each pair of River Ops™ boots comes standard with two sets of interchangeable soles that include premium Vibram® wet & dry rubber traction. The new River Ops™ boots feature an extended two-year warranty and Korkers’ proprietary OmniTrax® Interchangeable Sole System with nine different traction options – far more than any other in the industry.