The Monday Mend took a brief hiatus due to some family matters to which I had to attend, but it’s back as of July 20th, 2020! First off, I want to start the day discussing an interesting piece I saw in Politico a few days back.

The article, entitled “Will Your Next Salmon Come From a Massive Land Tank in Florida?” is equal parts concerning and interesting. First off, I’m concerned that Politico thinks such a story belongs under the category of “sustainability,” and I’m interested to hear what other anglers and conservationists think about this.

Atlantic Sapphire, the company behind the project, wants to build an entirely land-based Atlantic salmon farm, called Bluehouse. Their goal, as stated by Politico, is to replace at least half of the U.S. demand for salmon meat with fish that are never grown with the opportunity to escape captivity.

I’ll quote the article directly here, because I think the next three paragraphs are crucial to read in full context:

“Its red-fleshed fish are growing without antibiotics or pesticides, without exposure to seaborne diseases or parasites, without escapes that could allow them to endanger wild fish, and without damage to the overfished and overpolluted oceans. It’s also a well-timed experiment in simplified logistics. At a moment when the coronavirus is exposing the fragility of elaborate global food supply chains—China recently banned salmon imports after false rumors of contagion, while the U.S. meat industry has struggled to keep slaughterhouses open and supermarkets stocked—the Bluehouse is about to start harvesting American-made protein that doesn’t have to be packed in Styrofoam, handled by multiple middlemen, or shipped around the world in carbon-belching cargo planes.

The technical challenges of raising salmon that never see the outdoors are immense. Just this February, a nitrogen-poisoning mishap in a tank at the company’s pilot plant in rural Denmark killed 200,000 fish. It’s easier to manage cages in the sea than to build gigantic tanks on land, and President Donald Trump recently signed an executive order to make it even easier by relaxing environmental protections in marine waters, which could relieve some pressure for eco-friendly innovation in the U.S.

But if it works, Atlantic Sapphire’s push to help feed the world with less impact on the planet could be as transformative as better-publicized efforts by plant-based protein firms like Beyond Meat and Impossible Foods. Conventionally farmed salmon already produce fewer greenhouse-gas emissions than pork and far fewer than beef, and the Bluehouse’s designers believe they drive even more drastic reductions while leaving the seas alone.”

It’s an interesting proposition, and one that I’d love to hear your thoughts on. For starters, it could take some pressure off commercial fishing in the northeastern U.S., potentially enabling more returns of wild salmon. On the other hand, though, if all our salmon comes from a farm in Florida, what impetus do we have as Americans to work to conserve the already fragile ecosystems in which these fish should naturally exist?

I’m an unabashed gear junkie, so whenever I see commentary on the state of the industry, I have to read. John Juracek’s recent piece in Hatch Magazine is an intriguing observation, and not only because I agree with him. Now, more than ever, fly fishing stands at a juncture as both a culture and a bastion of protection for wild places and cold water, and we’re doing ourselves no favors by making entry to the sport damn near impossible. 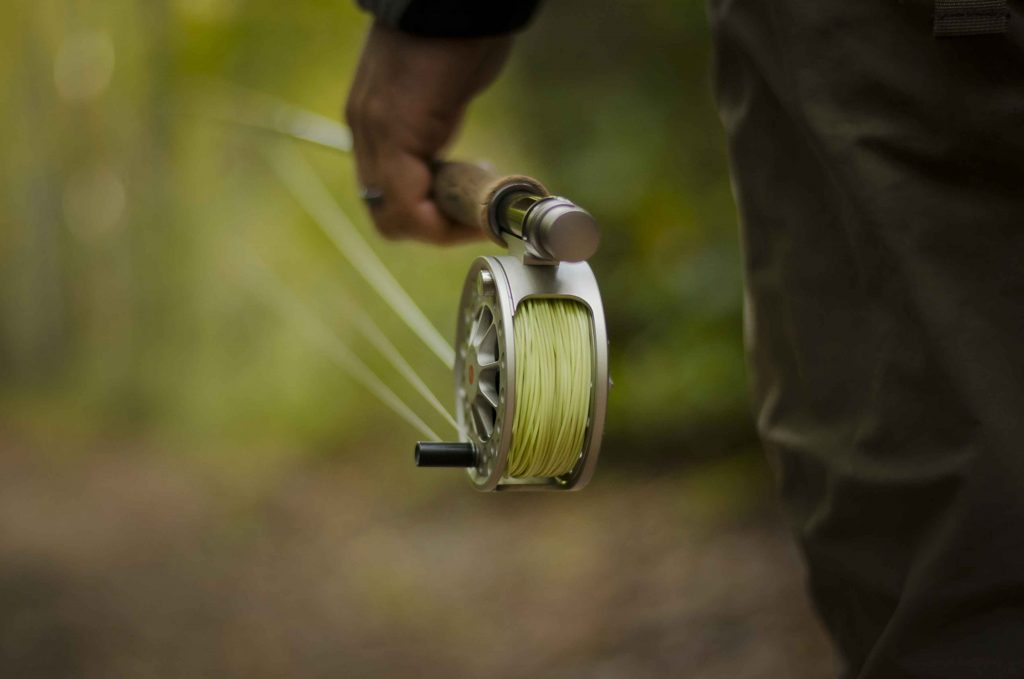 The sample Juracek gives in his piece is the need for today’s rods to be fished with lines that are heavier than what they’re labeled as. For example, most modern graphite rods that are rated for a 5wt line use a line that’s closer to a 6wt, according to AFFTA standards. The rod market, for all its wonderful innovation in the past decade, has certainly lost its way while trying to produce a stick that casts your entire reel in an air-conditioned exhibition hall in Florida or Denver, instead of focusing on rods that fish well inside 50 feet – where most trout fishing is done.

To end on a hopefully lighter note, I wanted to highlight an account I’ve seen pop up a lot recently on my Instagram feed – @utahfamilyfishing. While it’s not fly fishing, it’s great to see this family getting out, fishing, and exposing kids to the absolute wonders and treasures that fishing holds. There’s a lot of solace in seeing the sport passed down from one generation to the next, whether it’s on conventional tackle or fly.

Interview: The Future of Conservation with Roman Dial

A Quarter-Century of Fly Fishing