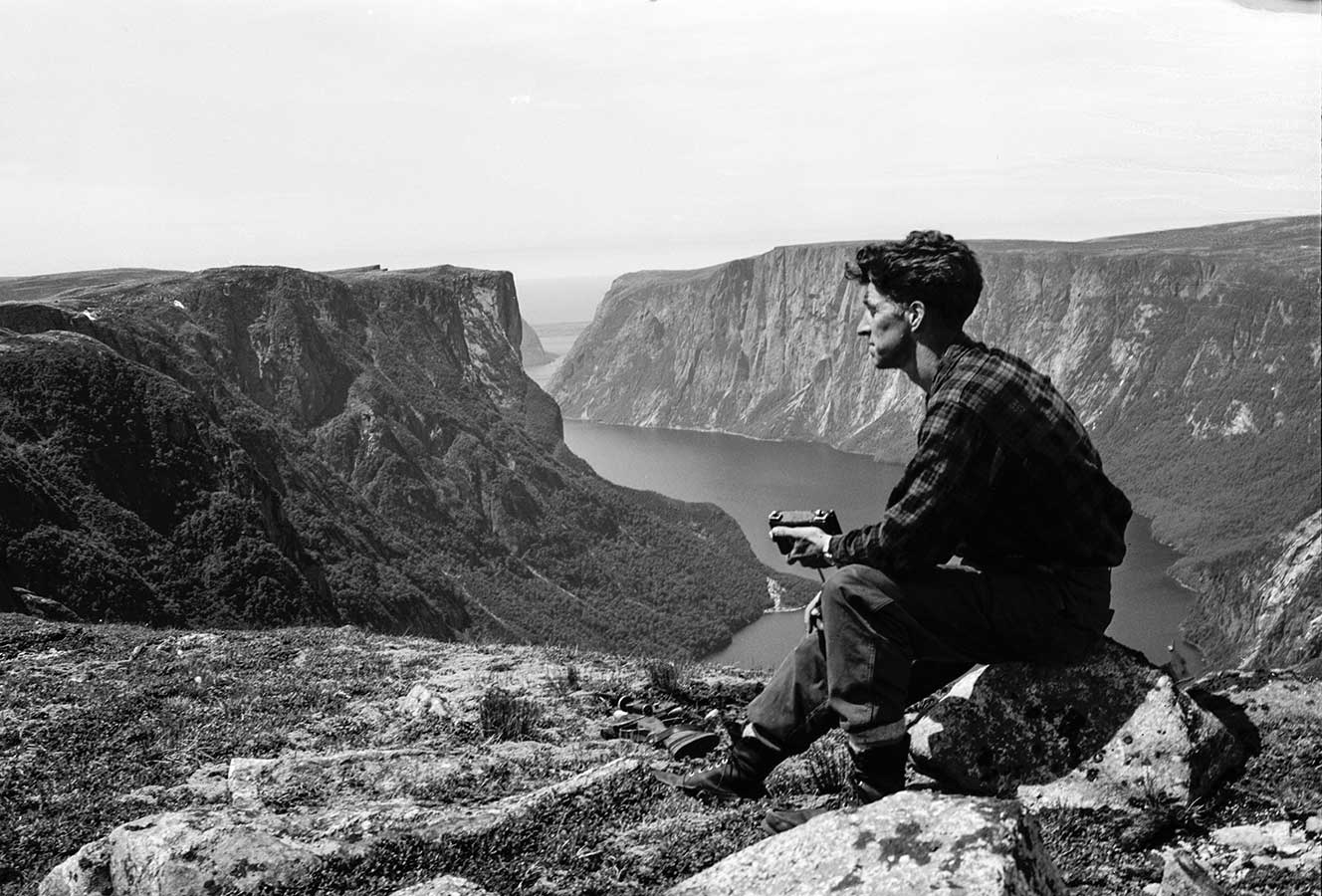 Lee Wulff overlooking a portion of Newfoundland’s wilderness that received protection because of his advocacy.

The Wulff Projects has completed production on a film biography of Lee Wulff, which is hosted and narrated by Peter Coyote and produced by Jeffrey Pill.  The film is titled “Lee Wulff: A Remarkable Life.”  As we noted when the film was first announced three years ago, the producers acquired the rights to Lee Wulff’s original films that he produced, directed, wrote and narrated during the 1950s, 60s, 70s and 80s.  Dozens of the original films shot by Wulff were restored and digitized into high definition to help create this extensive new biopic.

Many interviews with people who knew, were relatives of, worked with or were friends with Lee are included in final product, which is just under two hours in length. 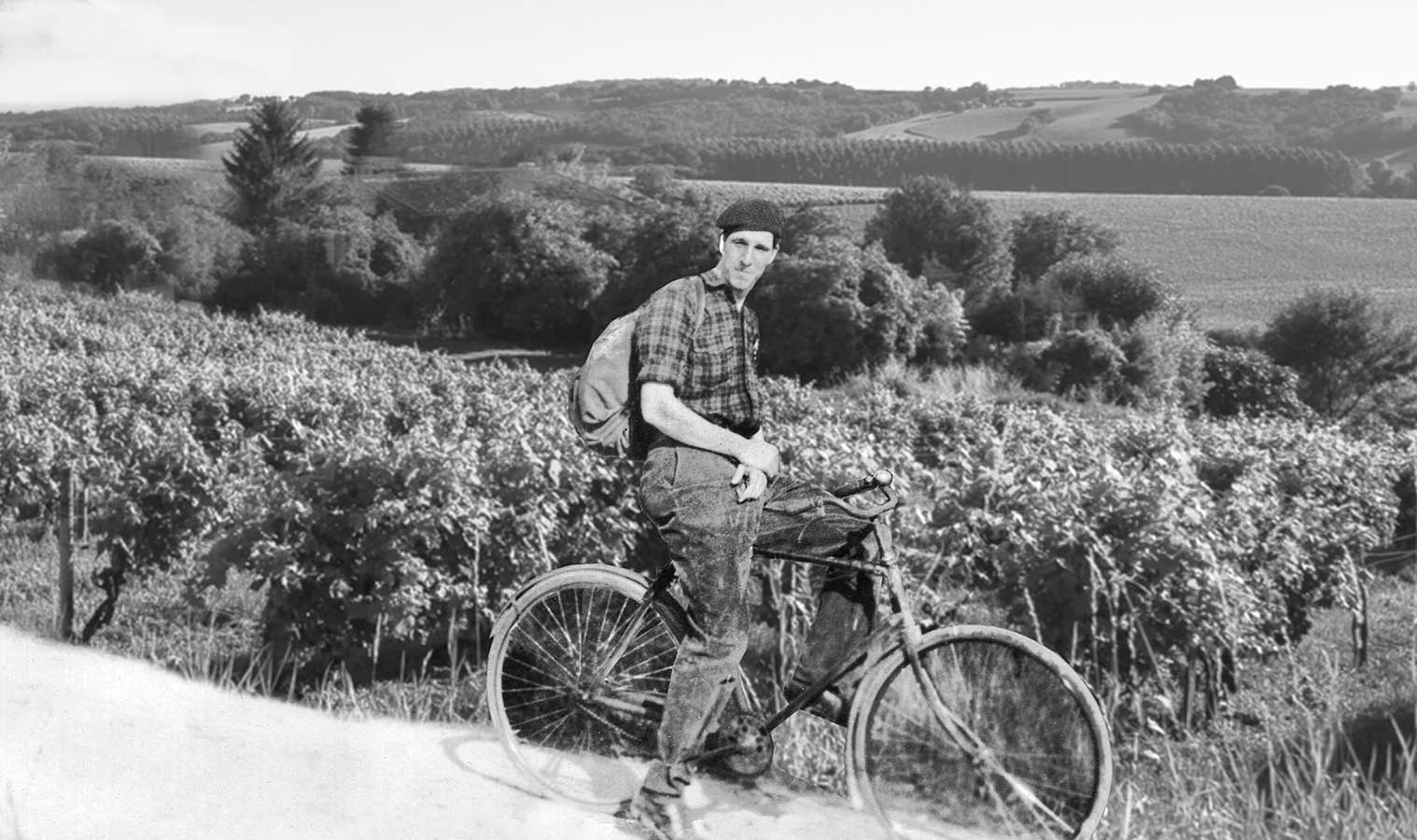 The young artist Lee Wulff, posing with his bicycle in the French countryside.

Henry Leon Wulff was an artist, an inventor, an explorer, an author, a pilot and a filmmaker. Lee was born in Valdez, Alaska in 1905, where his father had gone to strike it rich in the gold fields. But after a sojourn in Paris, where he built his reputation as an artist, Wulff returned to the US and established residence in New York City, then finally in upstate New York.  He began exploring Canada, especially Newfoundland and Labrador, regions that would be revealed as among the richest angling resources in the world.  Here is where he discovered his passion for a fish that would come to be the driving influence on his life and his pioneering conservation work—the Atlantic salmon.

Marshall Cutchin, publisher of MidCurrent, was recently given an opportunity to screen the new film and had this to say: “This film is a reminder that passionate curiosity can and does change history. Lee Wulff largely defined the American angling ethic and set durable benchmarks for conservation. Yet there may be no other person in sporting history who was as little understood. This extensive biopic changes all that. Jeffrey Pill has done a masterful job of revealing the man behind the ideals that we are still trying to live up to.”

Pill raised the money from private, independent sources to fund The Wulff Projects’ two films (one on Lee and a second film on Joan, which is now in post-production) so that they would have complete autonomy to properly show and tell their biographical stories without any interference or time restrictions. Now that Lee’s show has been completed, professionals in the business (who have viewed the program) want Pill to contact such distributors and television channels in the U.S. as American Masters at PBS, Home Box Office, Showtime, Netflix, the History Channel, Amazon, etc. and then Pill can select the one that most wants to show it. He is already lining up all the best channels to approach for distribution in Europe, Asia, South America, Australia, etc.

Pill and Doug Kluthe, the Project’s Executive-In-Charge-Of-Production are working on the website, www.thewulffprojets.com, that will be up and running soon to handle all the information about, and the distribution of, not only the films on Lee, on Joan and The Best of Lee Wulff Films, but also the films that Pill made for Miracle Productions, including Joan Wulff’s Dynamics of Fly Casting, The Art of Spey Casting and  Successful Fly Fishing Strategies with Gary LaFontaine.

Broadway producer Roger Hess, who also watched an advance screening, commented on the film: “I loved it. The archival footage was amazing as was the music and everything else in between. I hope it’s embraced worldwide.”