Trout Unlimited has filed a lawsuit against the U.S. Environmental Protection Agency (EPA) over its recent decision to withdraw protections for the Bristol Bay region of Alaska. The lawsuit “alleges the EPA ignored science and the potential impacts of developing the mine when it withdrew the Bristol Bay Proposed Determination, and in doing so violated the Administrative Procedures Act and Clean Water Act.” 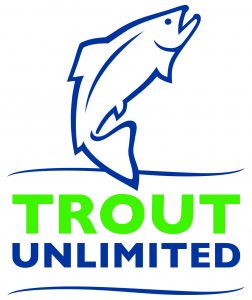 ANCHORAGE, AK – Trout Unlimited, represented pro bono by Sheppard, Mullin, Richter & Hampton LLP, filed a lawsuit today against the U.S. Environmental Protection Agency (EPA) over its recent decision to withdraw protections for the Bristol Bay region of Alaska. Called the Bristol Bay Proposed Determination, the protections would have limited the scope and scale of impacts from the proposed Pebble mine to the world-class salmon, trout and water resources of the region.

“The practical effect of the EPA’s decision was to help out a mine that would devastate a fishing and hunting paradise,” said John Holman, who grew up in the area and is a second-generation owner of No See Um Lodge, a Trout Unlimited member business. “I cannot in good faith pass a business down to my family that will become a financial burden if the Pebble mine is built. Who does our government work for? This decision made it seem like the EPA and our elected officials are writing off thousands of American jobs, and businesses like mine so a foreign mining company can obliterate the land I depend on, then walk away.”

Trout Unlimited’s lawsuit alleges the EPA ignored science and the potential impacts of developing the mine when it withdrew the Bristol Bay Proposed Determination, and in doing so violated the Administrative Procedures Act and Clean Water Act. The U.S. Army Corps of Engineers cannot issue a permit to Pebble if the EPA’s decision on the Bristol Bay Proposed Determination is overturned.

“Billions of dollars have been spent in attempt to restore salmon runs in the Pacific Northwest. Meanwhile, Bristol Bay sets records for its salmon returns year after year. All we need to do is have the humility and common-sense to leave this landscape alone,” said Chris Wood, CEO of Trout Unlimited. “Sacrificing a place as such as Bristol Bay for some gold is a short-sighted fools-errand. We are not a litigious organization, but we and millions of other sportsmen and women will not allow greed to compromise the most important salmon fishery on the planet.”

Citing this unique and wild character, and the economic and cultural importance of the region, the EPA prepared the Bristol Bay Proposed Determination after years of scientific research and multiple peer reviews, with many thousands of Alaskans and millions of Americans voicing support for protecting the region.

“Any action that jeopardizes this fishery and extremely unique place is unacceptable,” said Nelli Williams, Alaska director for Trout Unlimited. “The proposed Pebble mine is widely opposed by anglers and hunters across Alaska and the country. This lawsuit is a step to hold the EPA accountable to their own science and American sportsmen and women, not a foreign-owned mining company.”

“Look at what’s at stake and the maddening progress Pebble is making here at our expense,” said Nanci Morris Lyon, local resident and owner of Bear Trail Lodge, a Trout Unlimited member business. “Contrary to science, the will of the people, and common sense, Pebble is advancing toward their key permit, thanks in part to agencies giving them handouts. This lawsuit calls that out. We can’t afford Pebble in Bristol Bay, and that means we need science, oversight, integrity and persistence.”

“Removing the Proposed Determination was one of the most poorly justified decisions in the history of the Clean Water Act and is an affront to the fisheries, local communities, and sportsmen and women around the world,” said Wood.

Trout Unlimited is the nation’s oldest and largest coldwater fisheries conservation organization dedicated to conserving, protecting and restoring North America’s trout and salmon and their watersheds. In Alaska we have worked in the Bristol Bay region for almost two decades along with thousands of members and supporters including dozens of businesses that depend on the fishery of the region. Follow TU on Facebook, Twitter, and Instagram and our blog for all the latest information on trout and salmon conservation. For more information on the Save Bristol Bay campaign go to SaveBristolBay.org.