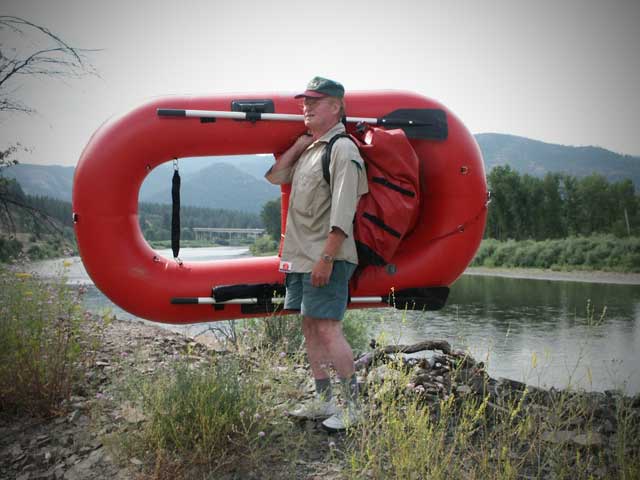 Dave Inks with the Waterstrider

This week on MidCurrent we chat with Dave Inks, inventor of a personal watercraft called the Waterstrider. Dave was born in Montana and started out in the fishing industry over 40 years ago. He helped start the Federation of Fly Fisherman, Umpqua Feather Merchants , a fly tying factory in Kenya, and even a fly shop a bit later. Needless to say he’s seen and done a lot in this industry and knows what makes a great boat.

A previous boat that Dave had worked with and help design, called the Tote-in-Float, represented the beginning of what would become Dave’s consuming passion: the design and development of human powered personal fishing vehicles. Which eventually lead to the Waterstrider. Dave says, “the inspiration behind the concept was to provide a platform which outdoors-men could use to explore water systems where generally only 3 man float boats or rafts could previously go.”